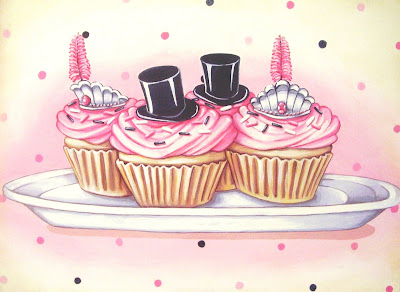 Attitude is everything. As the new year looms...no longer on the calendar...but now on the more immediate face of the clock...I start to think about all that has come to pass over the last 365. And I can either go "whew!...I'm glad that's over!" or I can say "wow!...I grew so much last year!" (and I'm not speaking of dress sizes...though that growth is plenty ample as well!!) But no matter how you slice it...2008 was tough. For a whole lot of us I'm sure, but personally, I can say it was either pretty much a year-long anxiety attack or more optimistically speaking: an extremely hectic accumulation of necessary realities, trials, and tribulations run amok.
For me and Aaron, I guess the year's fulcrum was our move to a new apartment. It was a very big deal. We lived in our previous apartment for about a dozen years and kinda thought we'd never get outta there. But the stars aligned and we dropped that place like a bad habit...or more like a truckload of bad habits. We were getting stale...mentally, socially, creatively...and we needed a brand new start...new streets to stroll, some new windows to open up, a new studio to work in, new walls to paint, etc...we just needed everything to change and moving to a new town/new home is a guaranteed life changer. And change is good...but it's also very HARD! Since our move the whirlwind has not stopped spinning. Or I guess a better analogy would be an earthquake. July, when we moved, is the epicenter of the quake and since then the aftershocks have been sending tremors through every facet of our lives. Me and Aar work seven days a week and when you toss in a big big move things are gonna go a bit crazy with your business and your pile of invoices and orders. I mean...it's 5 months later and we're still in catch-up mode!! Those five months have been a true test to the vitality of my nervous system.
But like I said above...Attitude is everything. It's too easy to focus on all the bad stuff. I feel like there are some people out there who thrive on negative energy...they make mental lists of all that's wrong in their lives, put on a poor-me-pout, and mope through life. Well that doesn't work and nobody likes a whiner. So here I am at the end of 2008...with 2009 looming large and bloated with promise and possibility. 2008 was good. For me it was a huge year for making new friends and refining existing friendships. I found a new home and this blog found a new home as well. I left AOL and came over to Blogger and the move has been fabulous. The blog has a brand new life and about a thousand new doors have opened wide. My old apartment and AOL have a lot in common. It was convenient for me in the beginning, served it's purpose when I was just starting out, but soon I totally outgrew the place.
Jeez, here I am writing this blog and I've got so much to do for tonight's New Years festivities. We're taking the long trip over to my sister Missy's apartment...sarcastically speaking of course...she lives 15 feet away! I'm baking Magnolia cupcakes and tiny little cookies called Melt-aways. Aaron's grandmother is famous for her Melt-aways and I found a similar recipe online. I have to get crackin'. The party is gonna be a blast. My parents and a couple of my little bro's are coming down and we've got the Wii all set up for a long night of Wii bowling and Rockband!! We've been playing Rockband since Missy got it on Christmas and it's just about the funniest thing I've experienced in a loooooong time. My sis Missy is the designated singer most of the time and she's powerful and passionate on the microphone!! It is a RIOT!!!
Anyway, I feel like I'm ending this post so abruptly but I really gotta get going. I'm gonna post real soon with pics of the party...Christmas pics...my tree and gifts. Wow, there's way too much to get into. I just wanted to post on this last day of 2008 to let you guys know that you're always on my mind. Your comments on the past couple of posts have been so fabulously heartfelt and I'd love to address a few subjects in my next entry. Thanks so much to all of you for sticking around through thick and thin. I just know that 2009 will be awesome. I know the art that me and Aaron create will be leaps and bounds past anything we've ever done before. I plan on furthering friendships and seeking out bigger and better creative outlets. Me and Aaron wish all of you the very best.
xoxo Jenny 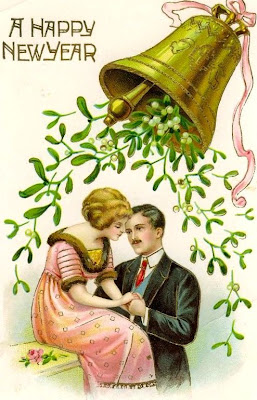