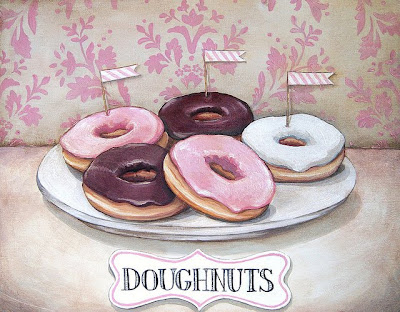 For years we've been dying to paint doughnuts but for one reason or another the project kept falling to the wayside. We've got countless sketches, doodles, mock ups on napkins...but something else always came along and stole us away from our doughnut painting.
Well yesterday we vowed to finally do it. After hours of poring over doughnut pics on Flickr and Pinterest the inspiration was well ingrained in our souls. It's actually a lil bit disturbing when you look back and realize that you've been searching for and staring at doughnut photos for more then half the day...just to get in the mood. 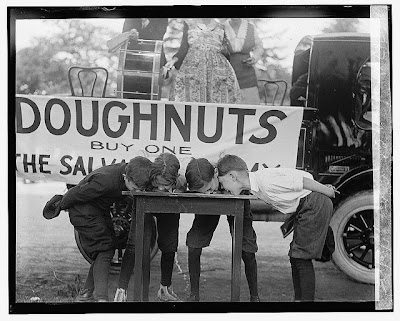 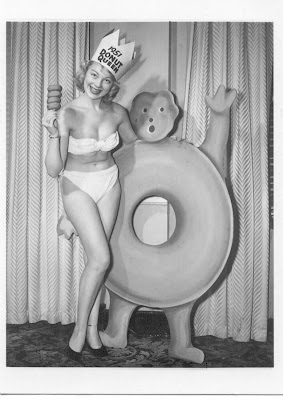 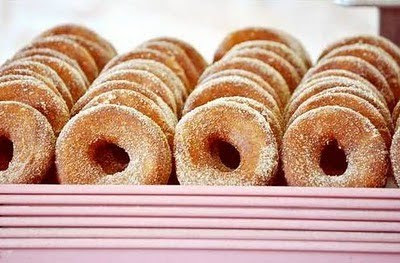 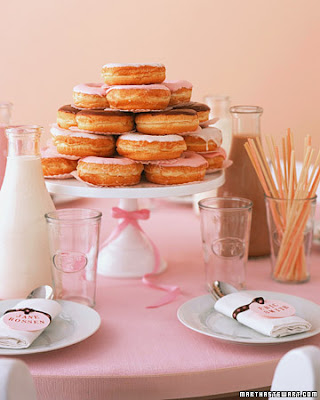 We wanted to represent doughnuts in a finer way...with a hand painted backdrop of vintage wallpaper and some fab lil striped flags. We also made a die cut version which you can see if you scroll down...and below that are some new tiered cake die cuts and our pink stand mixer. Everything is in our shop now. 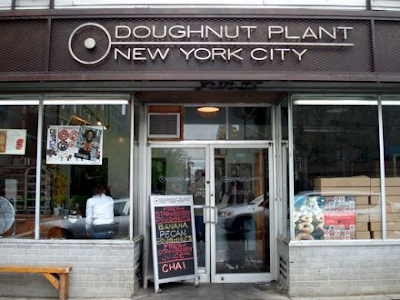 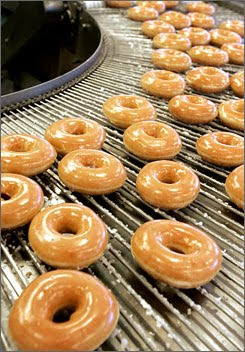 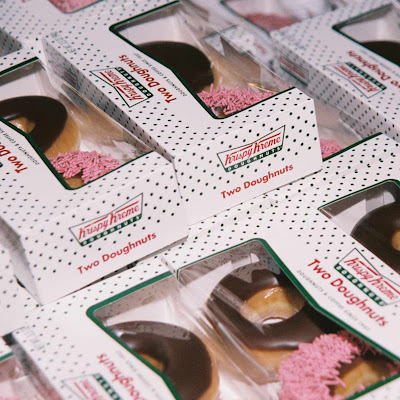 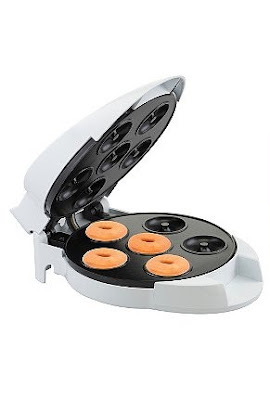 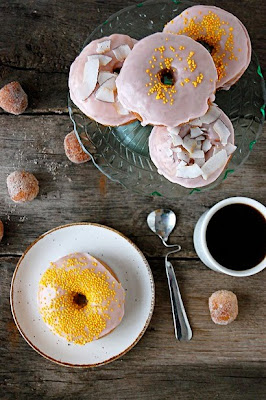 But back to doughnuts...I guess my obsession was rekindled around the holidays when I saw a doughnut maker on the shelf in Target...(right next to a cupcake maker. But the doughnut maker was Homer Simpson yellow and would totally clash with my kitchen aesthetic.) I spotted a white version at Urban Outfitters...but are all doughnut makers created equal? I'd hate to buy something simply based on color. Well that last sentence was a white lie because I'll buy a single old beat up rollerskate if it's the right shade of aqua...but you know what I mean.
When the weather gets a little nicer me and Aaron will start going back into NYC more often...and this time not for cupcakes...but for DOUGHNUTS! Doughnut Plant is the bestiest, and they even opened a new location inside the Chelsea Hotel which is in a great part of town that is quick and east to get to. Also dying to check out this doughnut place simply named Dough.
The independent places are where it's at but if you're gonna go for name brand...I don't think there's anything better than Krispy Kreme. We had a location sorta near us a few years back and we'd walk in the door and just see the conveyor belt full of hot doughnuts...and then they pass through a "wall of glaze" and emerged enrobed in translucent sugary heaven...and while you're waiting to place your order one of the doughnut making gals behind the counter hand you a free and fresh off the line hot glazed doughnut...I guess in case you start having second thoughts...they wanna get ya hooked.
Anyway, can you tell it's a rainy day here in Jersey? I think on weather maps, instead of rain clouds there should be graphics of carbs...because who in their right might doesn't want to binge on carbs when it's raining?
Ok, oink oink...I love doughnuts. But seriously...it's a visual thing...I'm an artiste...right?!
On that note...til next time...be back soon! xoxo Jenny 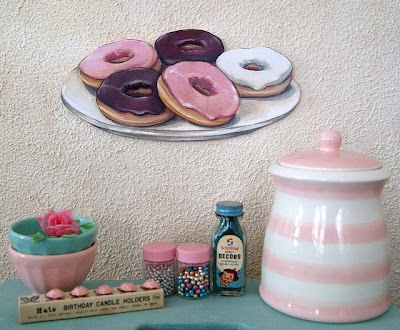 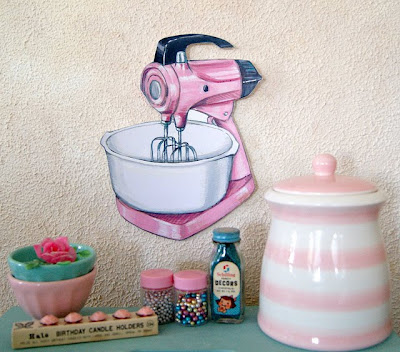 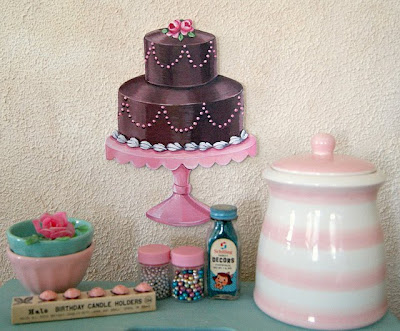 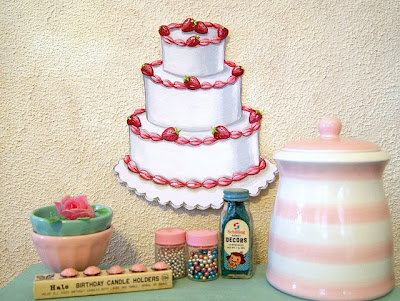