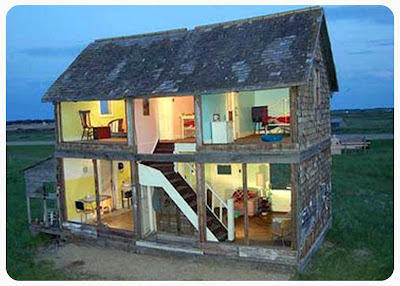 (source)
I've always been in love with strange roadside attractions, architectural oddities, old abandoned amusements...whether they're fairy tale-esque or spooky and possibly haunted. Maybe it's got a little to do with being from New Jersey...home of Weird New Jersey. I know the series of books have become a nationwide franchise but they were born here in the original Weird state. The places you see here aren't in Jersey but they are some of my faves. Click the source link under the above photo to read about this life size dollhouse! 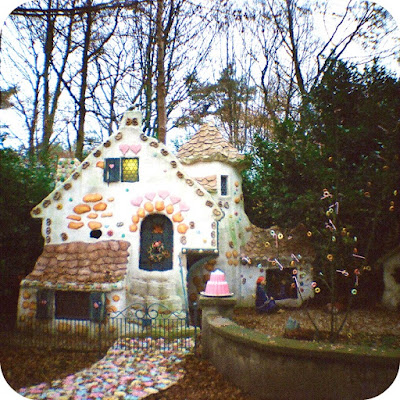 (source)
I just wanna eat this place! Look at that cake out front. Did they construct this out of frosting and gumdrops? Seriously, if this was anywhere near my neck of the woods I would be slipping letters in their mailbox that read: "Name your price!" "Can we pleeeease work out some sort of payment plan?!" "Can you at least rent me a room?!" "Or at the very least...a sleepover party?!" 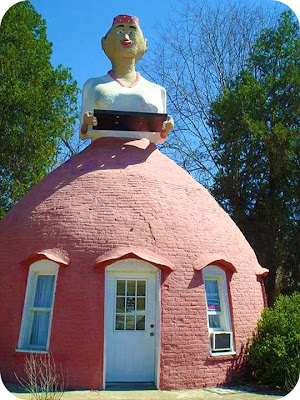 (source)
When me and Aaron drove all the way out to Minnesota we saw more than a few places like this. Well actually we saw nothing on the drive there. We were in way too much of a hurry. It was on the way back home, when we were able to slow down and get off the interstate, we'd see some stuff that made us go "what the? why the? when the?..." 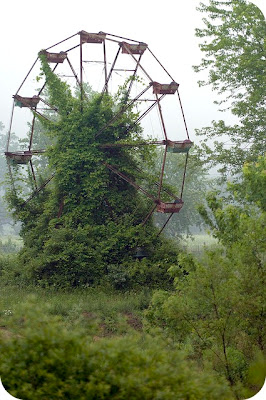 (source)
What could be the story behind this? Was it part of a traveling carnival and it broke down so they decided to leave it behind forever? You can look at it with your glass half empty eyes ( a post apocalypse ferris wheel ) ... or just marvel at the resiliency, adaptability, and strength of nature. 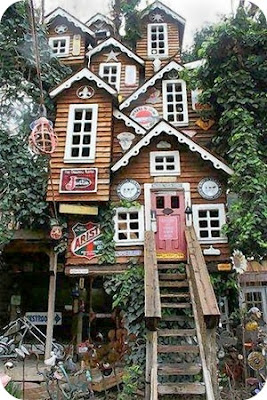 (source)
This completely redefines Treehouse! I love that somebody who possessed a brain so full of whimsy also had the ability to weild a hammer & nails and actually bulid this place! 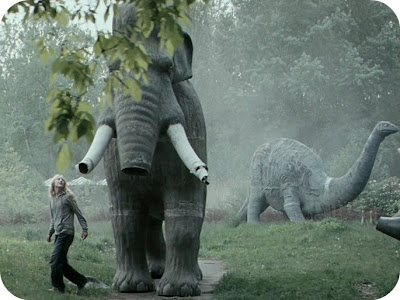 Speaking of abandoned amusement parks...in the movie Hanna ( I love that movie. Oh sure, there's enough violence for ten or twenty movies...but man, I just love it.) anyway, there's a scene where she's hiding out in a magical fairy tale theme park in the woods. The crazy fighting juxtaposed with the Alice in Wonderland / dinosaurland setting is just so cool. I looked the place up...it's in East Berlin and it's known as Spree Park . There's a bit of a crazy story behind it.
I never get bored of this stuff. I have a bunch more favorites that I'll be sharing in the future. Definitely show & tell me about some of your weird finds.
xo Jenny