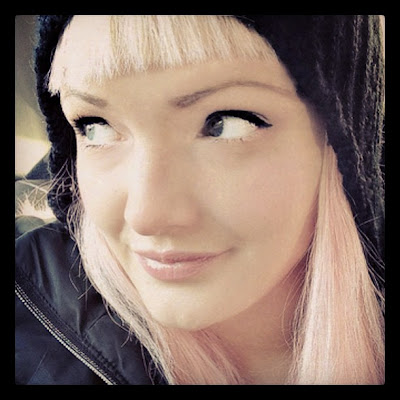 Hey kids! So are you freezing your rump off too? Or are you one of the lucky ducks in a warm locale?   Here in Jersey it is ridiculously cold!! And have I mentioned that our heating system is the pits?...and that we have queen sized sheets blocking off a part of the house? because it still needs to be insulated from underneath the house...including the bathroom downstairs where the floor fell in?
Yes. Well that is what is going on. When you walk from the kitchen and pass through the sheet, there is a drastic transition of temperature. As you enter the bathroom or laundry room it feels as if you just walked OUTDOORS! yep! So taking a shower is brutal. You have to psych yourself up for it.
Though if I were to employ a silver lining for this scenario I'd say that the contrast in temperature fools you into thinking that the rest of the house is warmer than it really is. You can trick yourself by strolling into the frigid bathroom or laundry room and then strolling back into the kitchen...you'll say "hey, it's kinda warm in here." But the trick wears off in about ten minutes. So there's lots of tea and coffee drinking going on.

Oh, so where was I going with this set up?...yes...this morning we woke to find that the kitchen faucet would not produce one drop of water. Uh huh...the pipes froze! Luckily it was only the kitchen sink. We were still able to shower and brush our teeth in the bathroom.

We called my little brother...aka the manliest man we know...and he was at work and probably not happy to hear the news...but said he would crawl under the house with a flashlight and blowtorch when he got home if need be. ( We passed on this offer...he works hard enough already...why add to his load? )
So we checked for the sound of water running under the sink or floor...telltale sounds of a burst pipe...luckily no. So we turned all of our faucets on a trickle while we left to run errands for the day with the hopes of returning to a working kitchen sink. Still no water flow as of this writing. 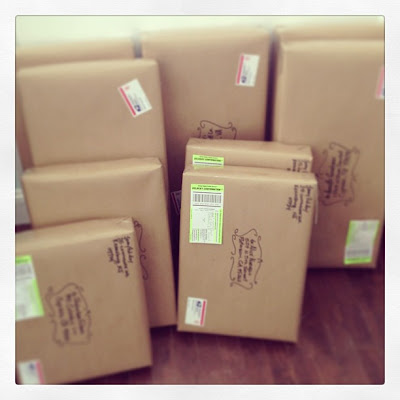 One of our errands was the post office. So awesome to be sending off a BIG happy batch of orders to their new homes all over the globe! :)  There isn't much that makes us happier!! Man it is a great feeling! THANK YOU guys! 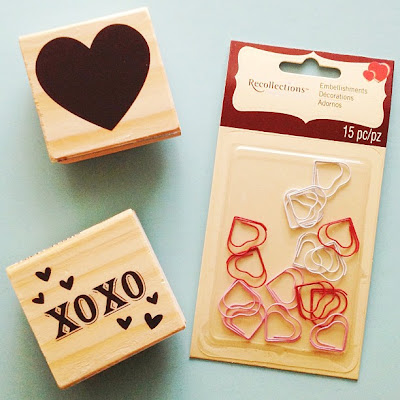 Another errand was Michael's for some supplies. There were sooo many super cute Smash book items that I really hope to pick up at a later date. Today we were in a rush and I knew it would be a mega can of worms if I even began to really look. But as we walked to the checkout we came across these super cute rubber stamps and tiny paper clips! Had to have em! 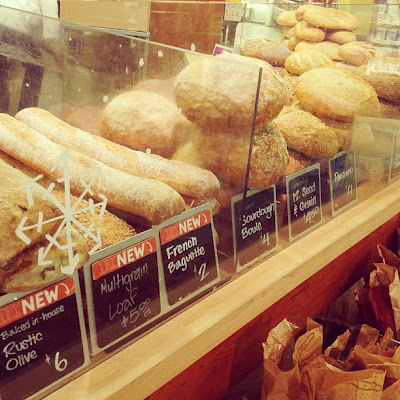 Have I mentioned how much I love bread?...Yeah I did... just yesterday in fact! ;)  Gosh I seriously could just go nuts at Whole Foods! Look at all that golden crusty goodness! It was calling me! 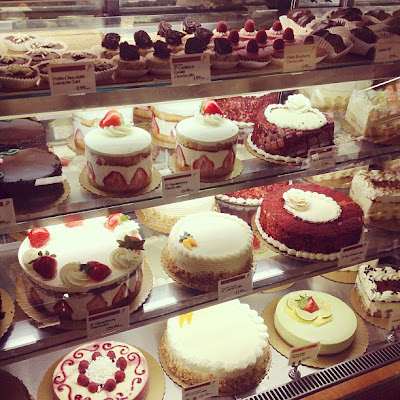 And oooh my gosh...the patisserie case is like otherworldly! Everything is full of fat and cream and  real ingredients. None of that gross cheap fake tasting stuff you may find at other grocery stores. This
stuff is trouble! ha! 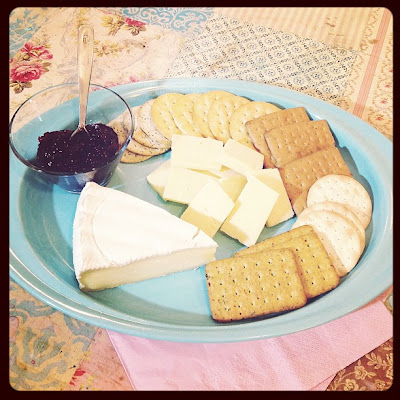 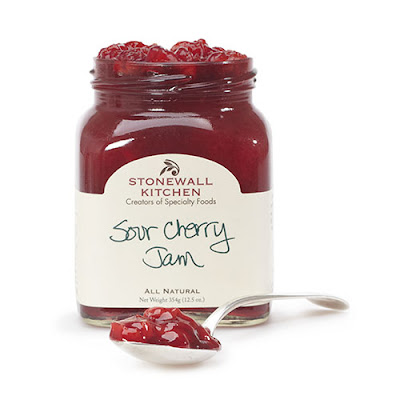 Aaron and I hadn't been to Whole Foods in quite a long time since moving. We used to live right across the street and almost daily we took full advantage of that fact...often hitting up the hot food bar as well as their daily dinner specials. Gosh that place is just fantastic!
Today we wandered into the cheese section. I've had brie on my mind for days and it just had to happen. While choosing my brie Aaron the cheddar lover came across some samples of aged English Cheddar that he said was "so good you could fall down". So we each picked a cheese and finished off the deal with some crackers and Stonewall Kitchen Sour Cherry Jam. 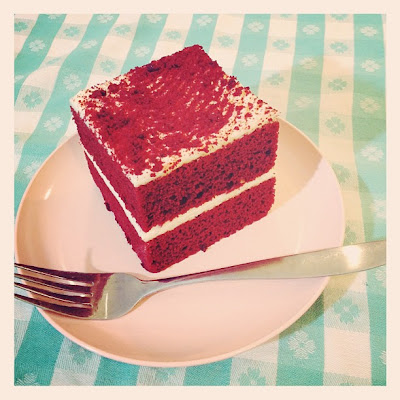 And as I type this I am chipping away at this picture perfect square... 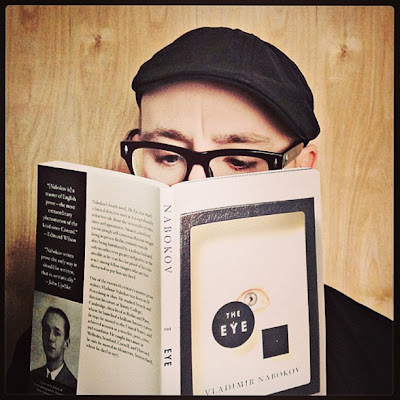 Oh and if you are looking for Aaron...he's got his nose in a book... as always!

What did you guys do today?