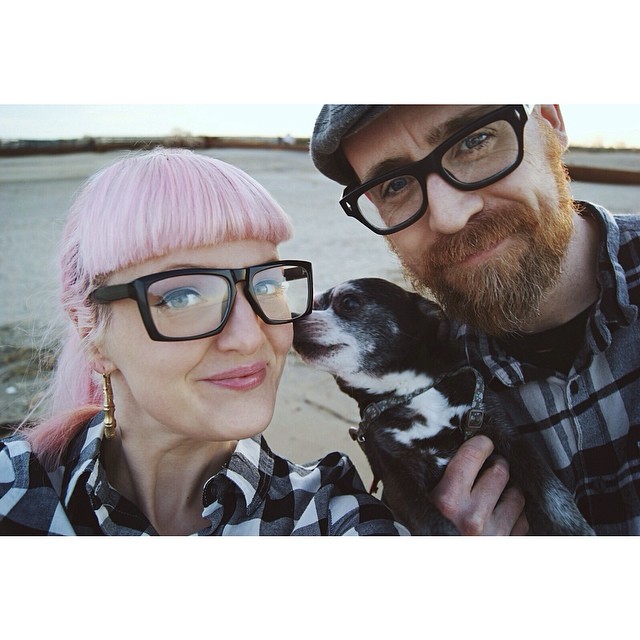 To me it seems like there are times in this life when every emotion rears it's head simultaneously. The wonderful, the good, the bad, and the ugly all show up at the same time, and like it or not...you have to face them all equally.
For me and Aaron these last two weeks were exactly like that. There was the rush to tie up loose ends before we left town for the Art is...You retreat in Memphis. Then there was our week in Memphis, spent with so many amazing people...people you think about in your quiet moments and say to yourself "gosh, I'm so lucky to know them." And also when me and Aar go on these teaching excursions it reenforces our connection with each other. We'll stop throughout the day on trips like this and say "We get to do this...together." We really are very lucky.
And then we came home and within 24 hours we lost the little love of our life...little baby Jack. Our nerve endings were already open from soaking up so much love and friendship all week long in Memphis. And then, everything felt like it was sucked out of us all at once. This loss was so hard to comprehend, so hard to process. We weren't ready for it.
Or maybe we were.
Maybe those connections we made with others and reconnections we made with each other were exactly what we needed to survive the storm of loss we'd soon face. And then in the following days...the outpouring of condolences, well wishes, prayers, gifts, happy and healing thoughts from our friends everywhere...further bolstered our hearts against breaking. 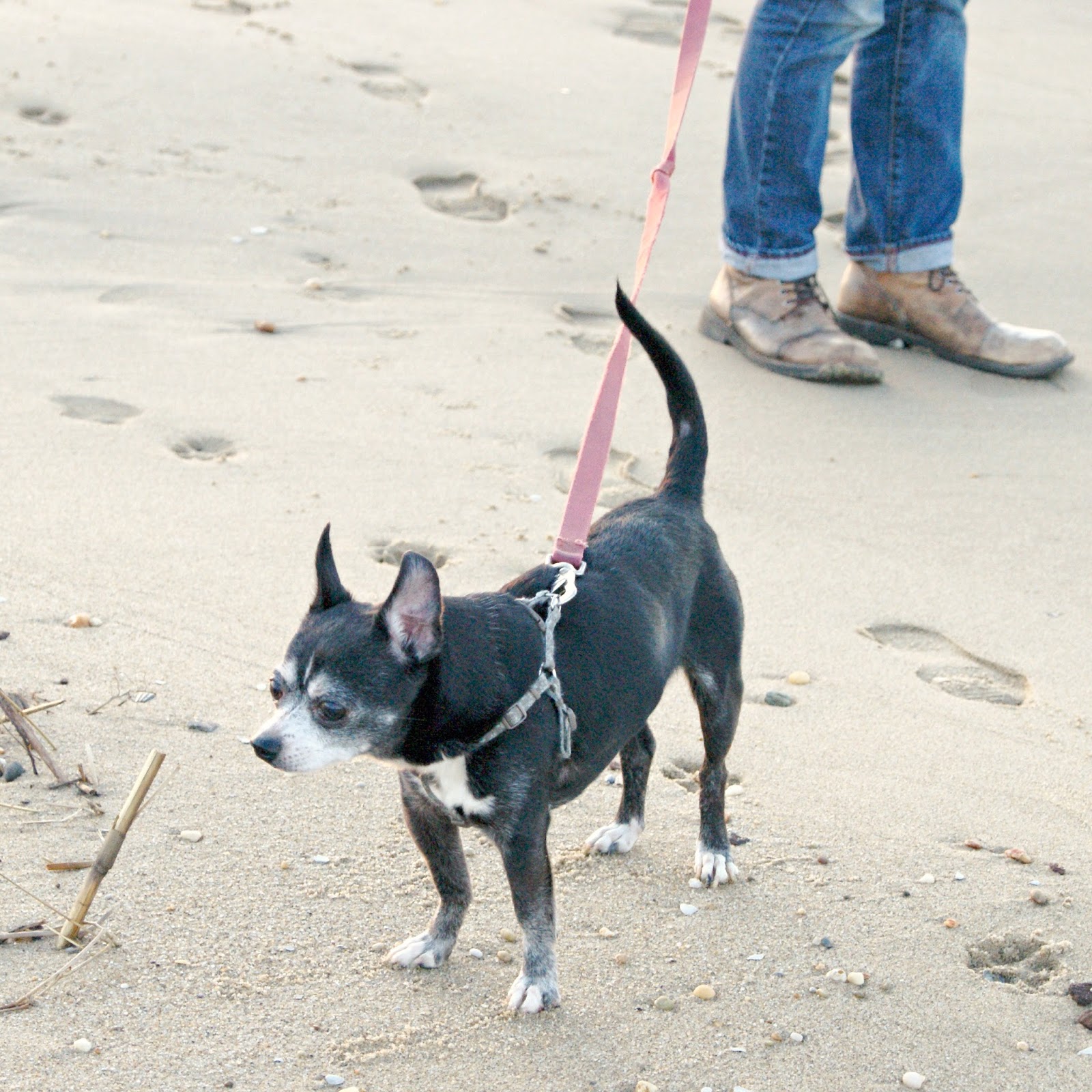 And of course there was Carlos. Our little old man, who has been with us through so many crazy ups and downs. He was there when we first opened our retail store way back when. He was there when Aaron came home from the hospital after his car crash. Aaron had been in the hospital for a while, and then in a rehab facility for so long that when he finally came home to Carlos he couldn't believe his eyes. Aaron said "I forgot how little he was!"
We have so many memories with little Carlos. He has now lived with us in three different towns. We first considered looking for another pup because we thought Carlos needed a little brother to keep him active and young. And sure enough, little Jack did the trick.
So in the wake of losing Jack, here was Carlos...still by our side...and he was holding it together very well. We tried very hard to keep the energy light and to keep Carlos as occupied as possible after losing Jack. And in some ways our behavior with him and his reaction to this energy felt a little like old times...it felt like a dozen years ago...playing with puppy Carlos in our small apartment...and making him the center of our universe....worrying about if we were "raising him right." ha!
Another factor that played into this feeling of going back in time was our anniversary. Right smack dab in the middle of this emotional whirlwind fell our 21st anniversary. So of course this brought up feelings of the beginning...our first years together...as two kids figuring everything out and pretty much living on luck. 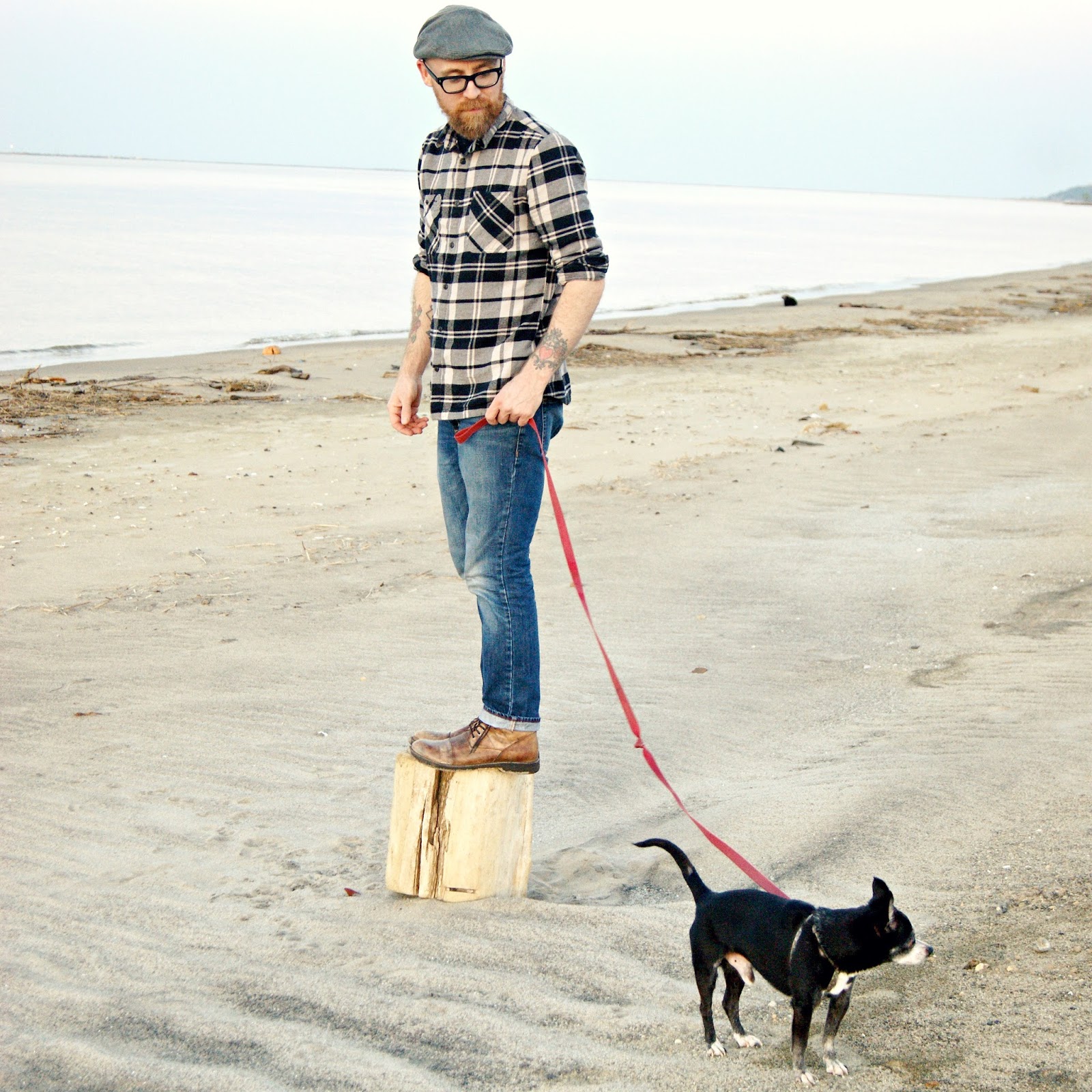 Currently we live right up the road from the beach. And of course, we don't go up there nearly enough. But we knew that Carlos needed to get out. Most of his hours are spent here in the house with us just watching us do art stuff. He desperately needed some being-a-dog time. And we needed to share that time with him. We actually outfitted him in little Jack's harness. We had to majorly adjust the straps because Carlos is way bigger then Jack, and miraculously it fit! 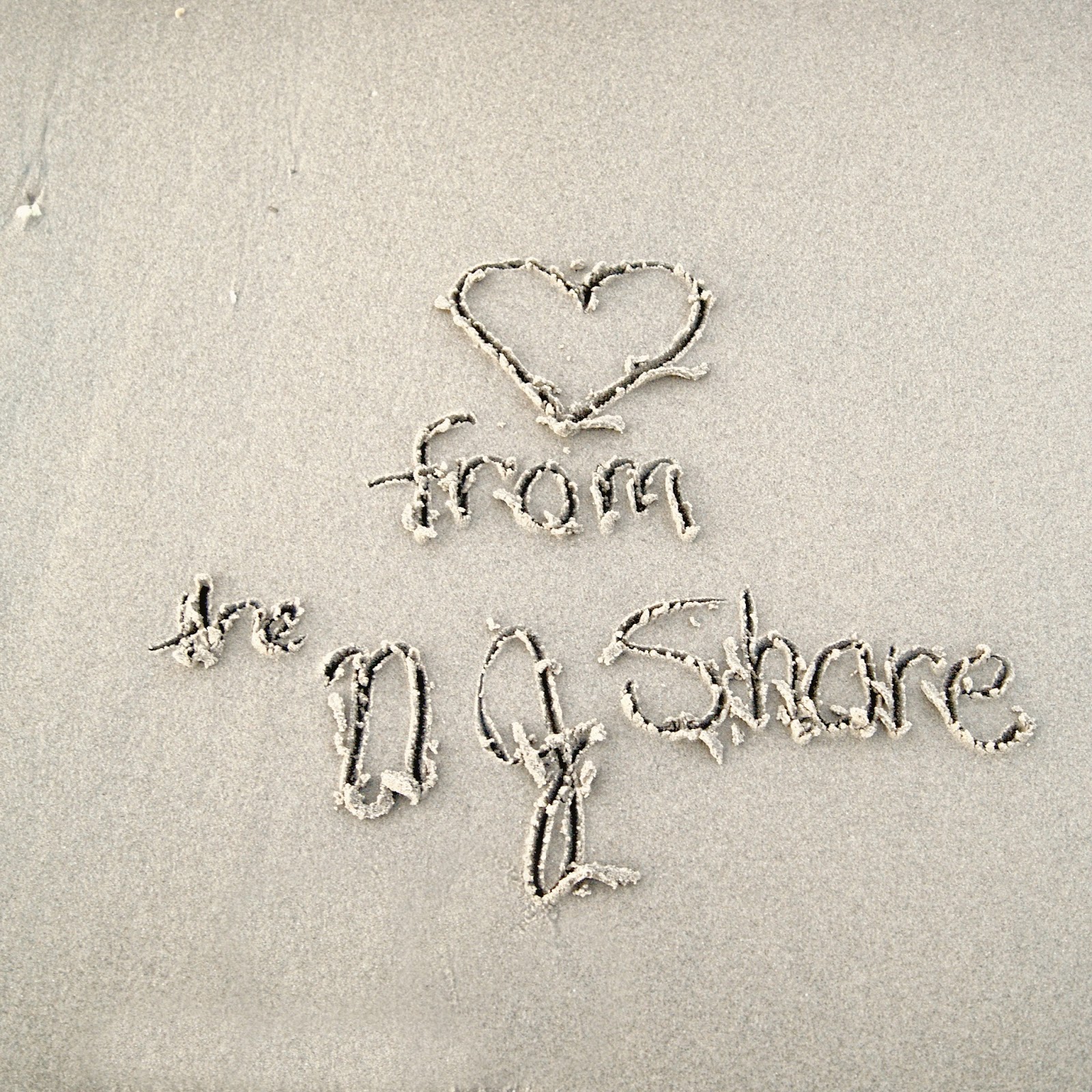 Many of you will be happy to know that the army corp of engineers is currently restoring our beach in hopes of protecting us from any future storms that resemble Hurricane Sandy. There are massive pipes way out in the bay that are sucking up the sand on the bottom and spitting out on the shore...building up the beach to be ten feet higher. The project is progressing fast. We hope it's effective. 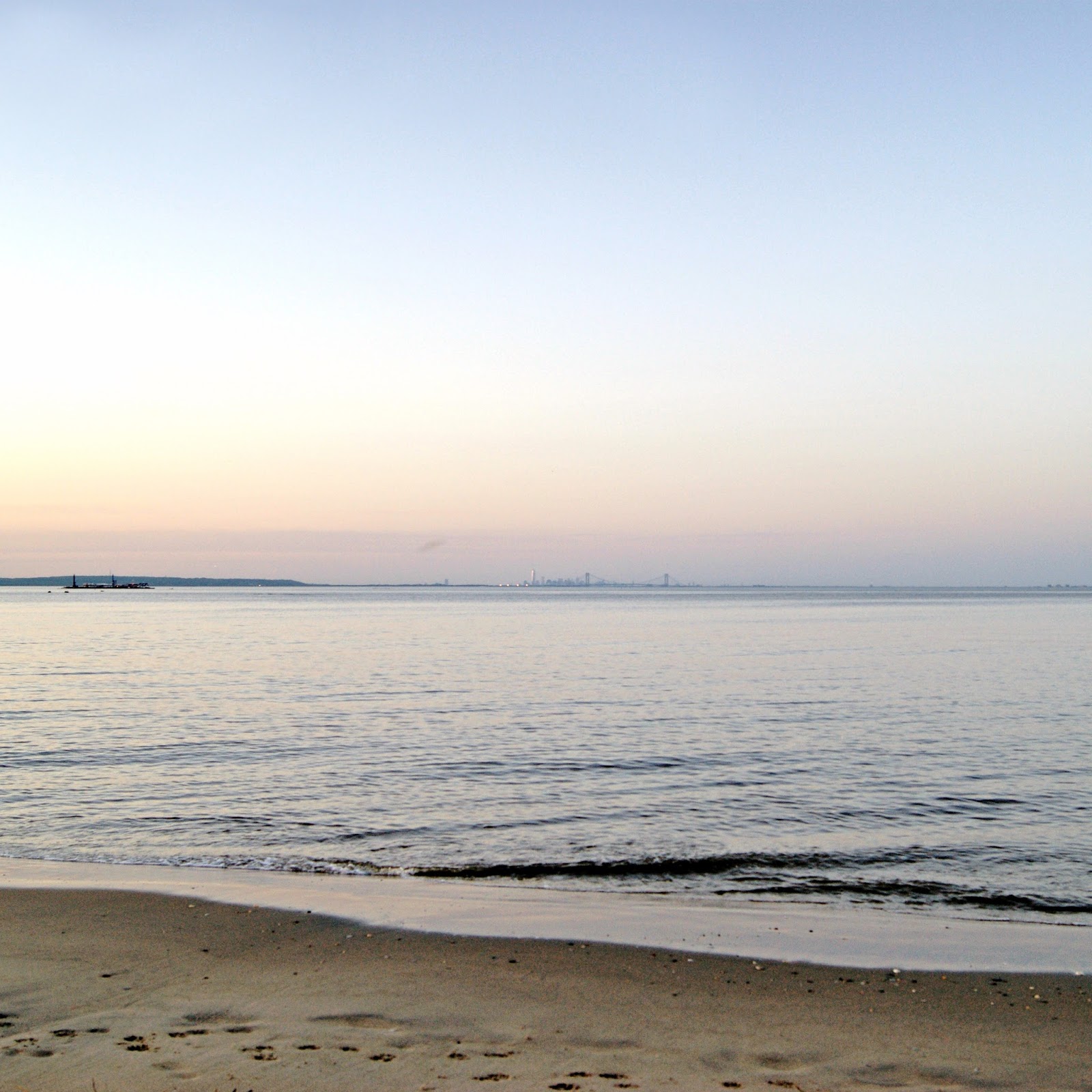 Ok, so many people told us that we should look for signs of Jack. Everyone seems to have a story about their departed pet sending them messages from beyond. And I don't doubt it for a second. 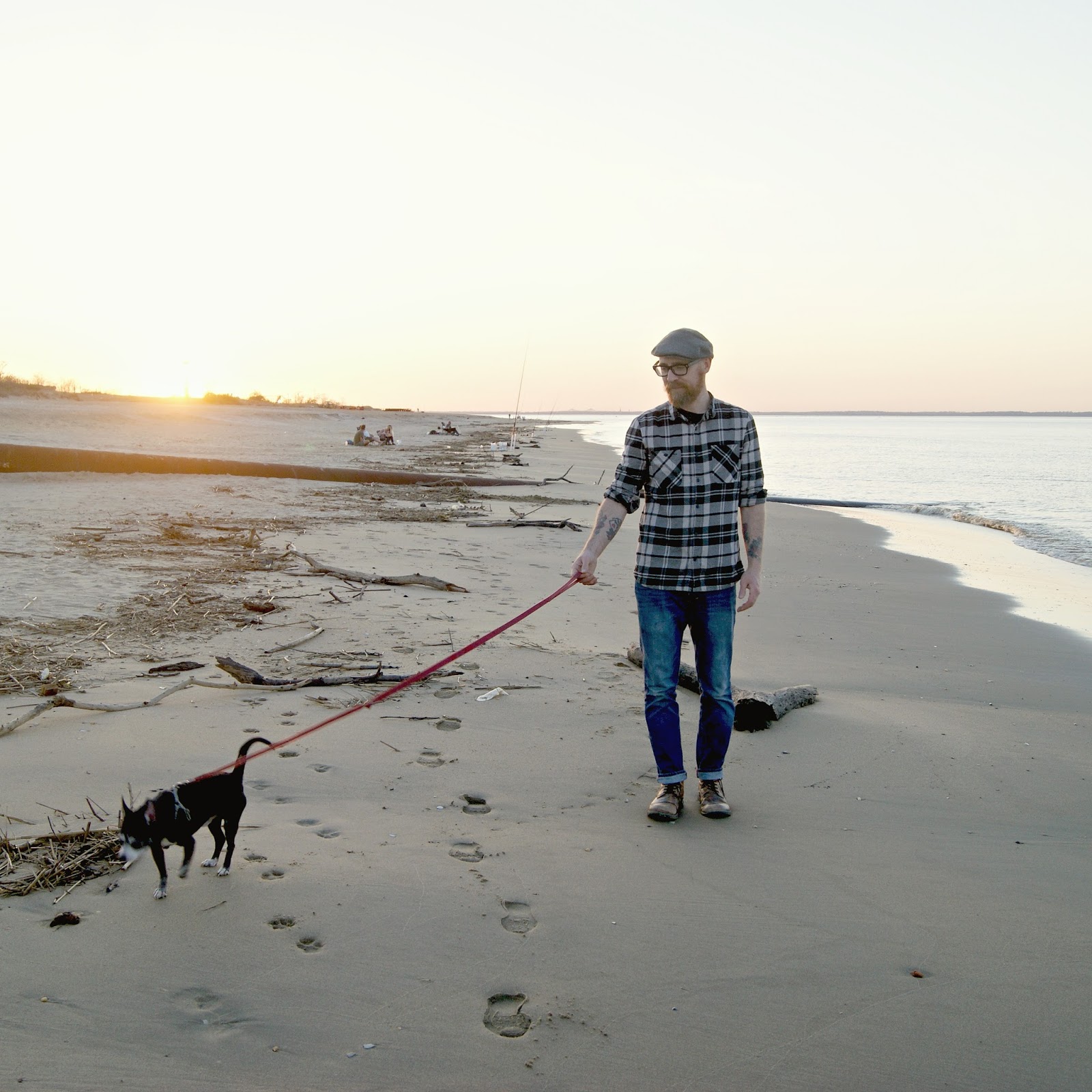 But at the same time, me and Aaron weren't looking for signs. We weren't really in that mind space. I remember this day on the beach being so peaceful. It was the first time all week that we were not crying. The weather was perfect, the water was still and flat, the visibility was endless, the sun was going down, and Carlos was having a great time. 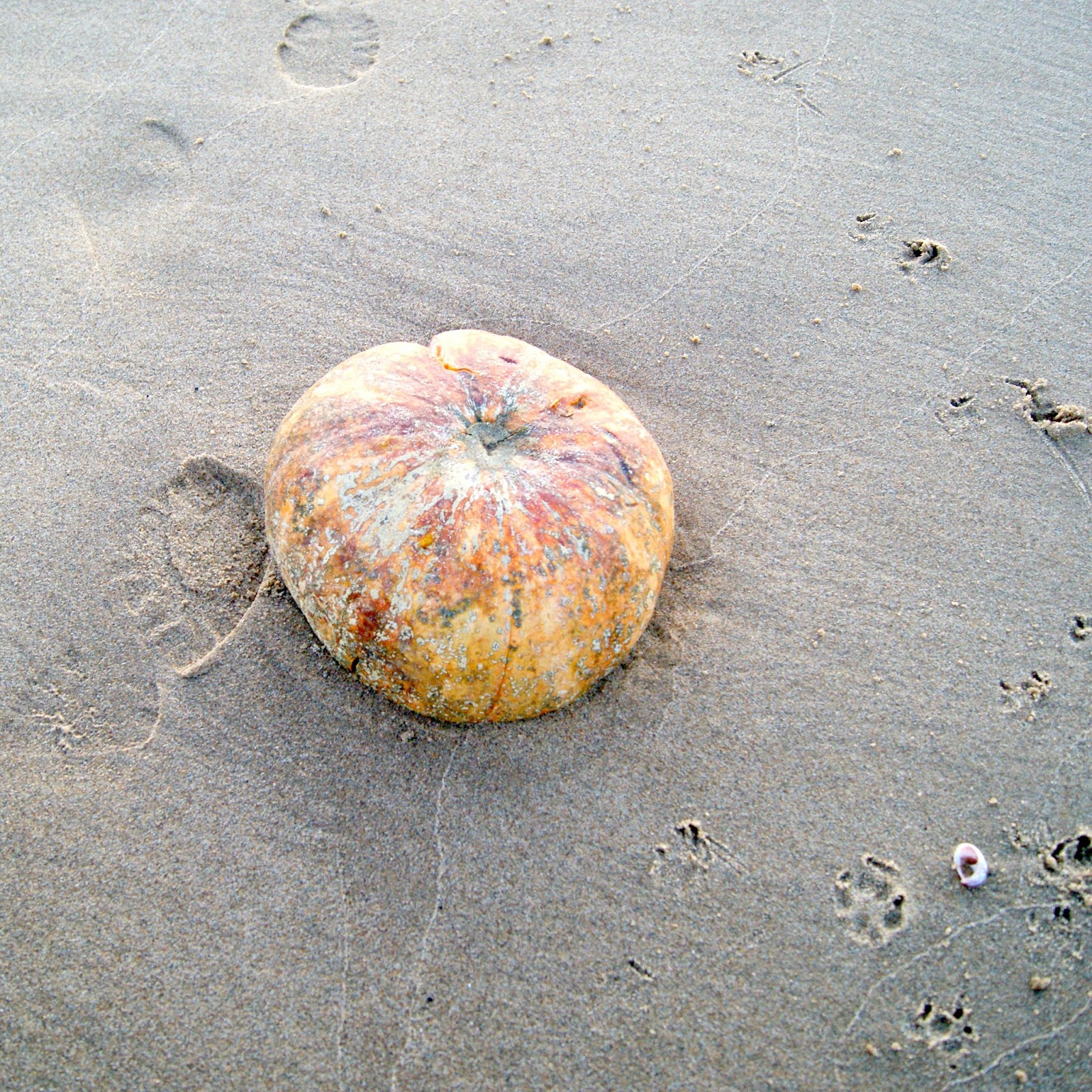 And then we came home. A couple of days went by and I transferred these beach pics onto the laptop. And in doing so I came across this pic and felt it all wash over me. At home...pretty much the only thing I called Jack was Pumpkin Baby....ya know, because he was part Ginger. While walking right along the water that day we came across this pumpkin that the waves washed ashore. It's May...it is certainly not pumpkin season. It's strange to see a pumpkin wash ashore...it's doubly strange for it to wash ashore in May! Upon discovering it we hadn't made the connection with Jack...but Aaron said right away, "you have to take a picture of that." And it makes another appearance in these photos. If you scroll back up to the pic of Aaron and Carlos where Aaron is standing up on the upturned log, if you look right in front of Aaron, down at the edge of the water you'll see a little orange dot in the distance...that's the pumpkin. This second sighting we hadn't even noticed until I was putting this blog post together right now.  Yes, I'm crying as I type this right now. 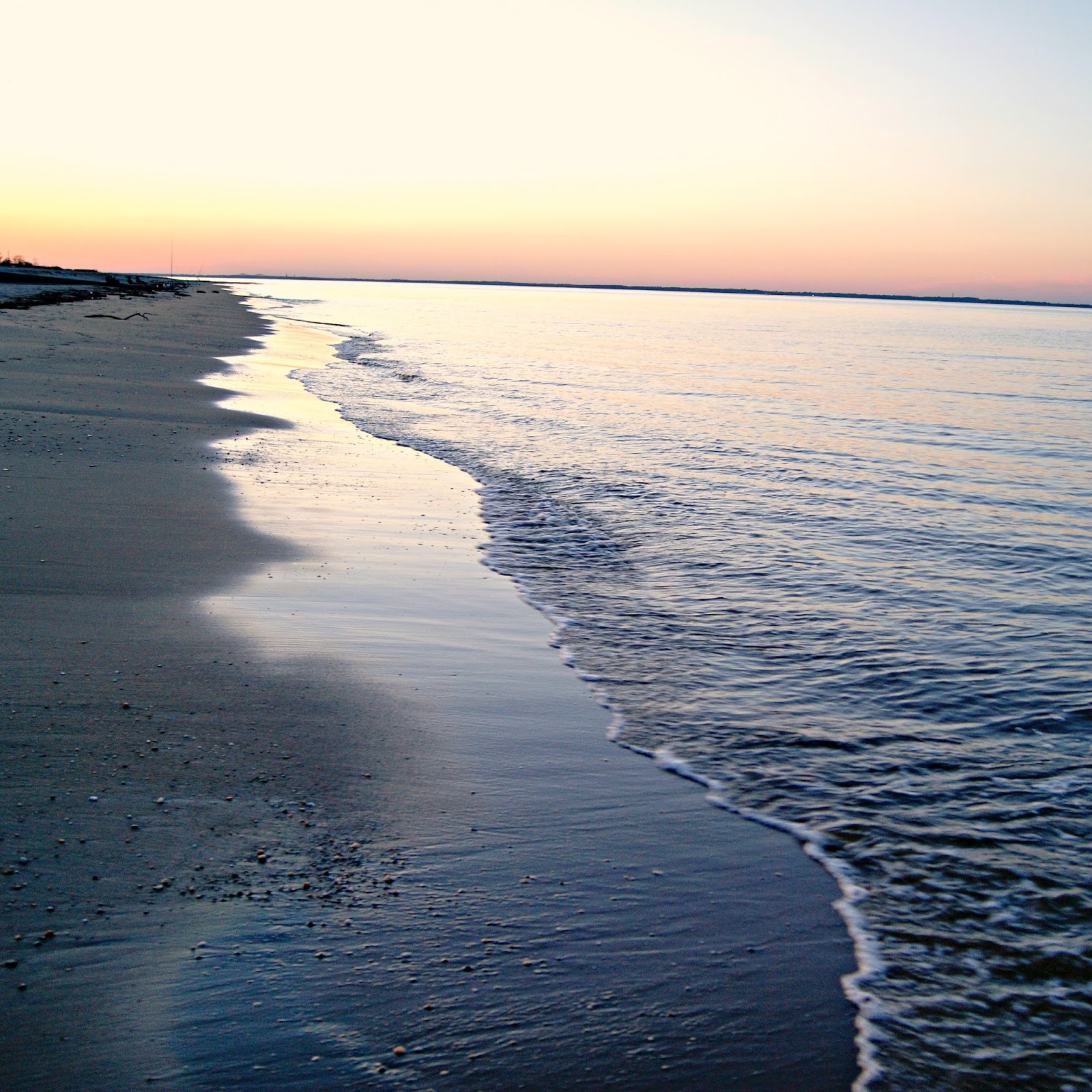 We know little Jack was with us up there. And the pumpkin was in the exact same spot where he and Carlos played a year ago...they were wrestling like crazy right there at the edge of the water. 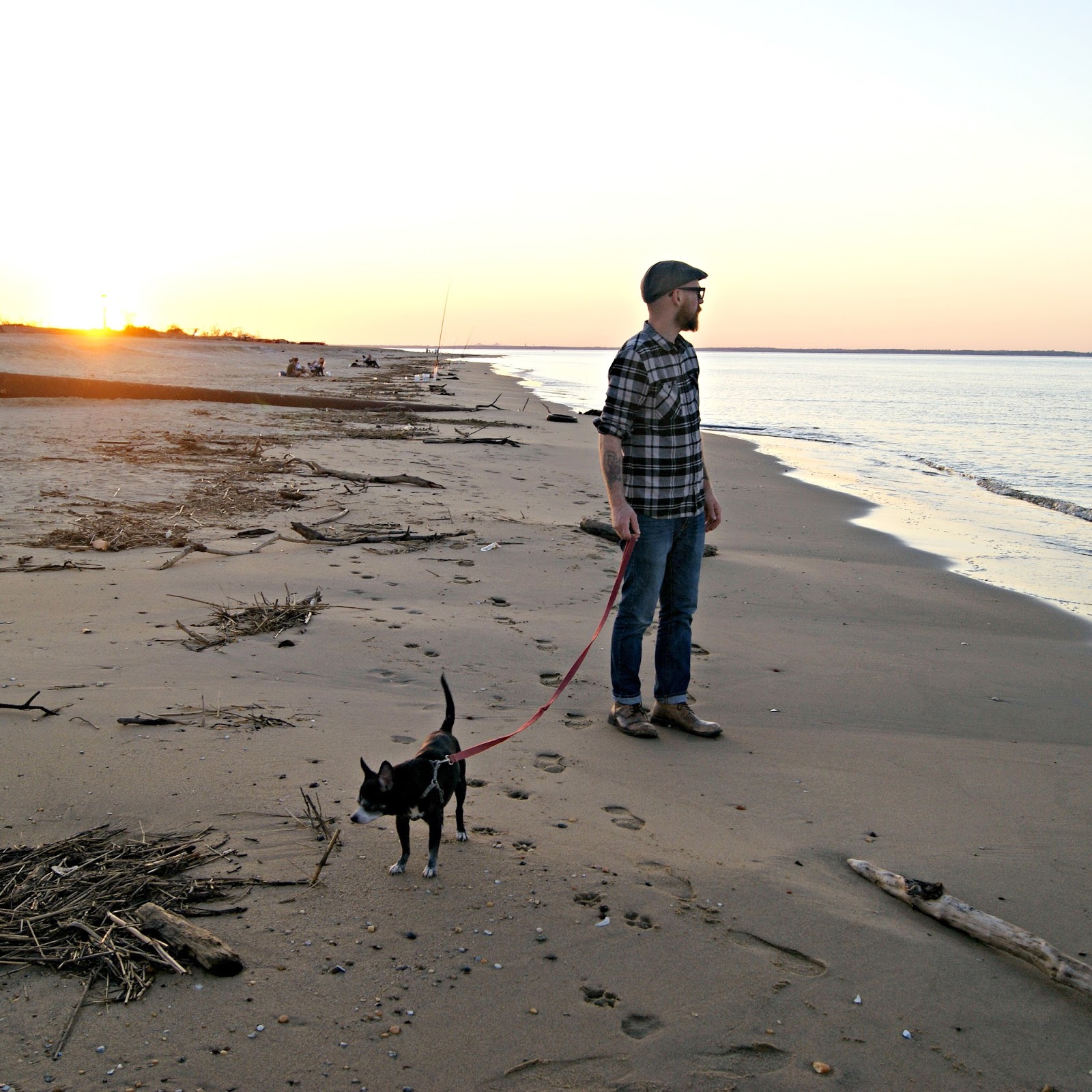 Signs don't always present themselves to you at the expected time. For us, this sign from Jack came later, when we were home together, getting Carlos reaccustomed to living with just the two of us...a few days had passed and we were finally ready to see the sign for what it was. 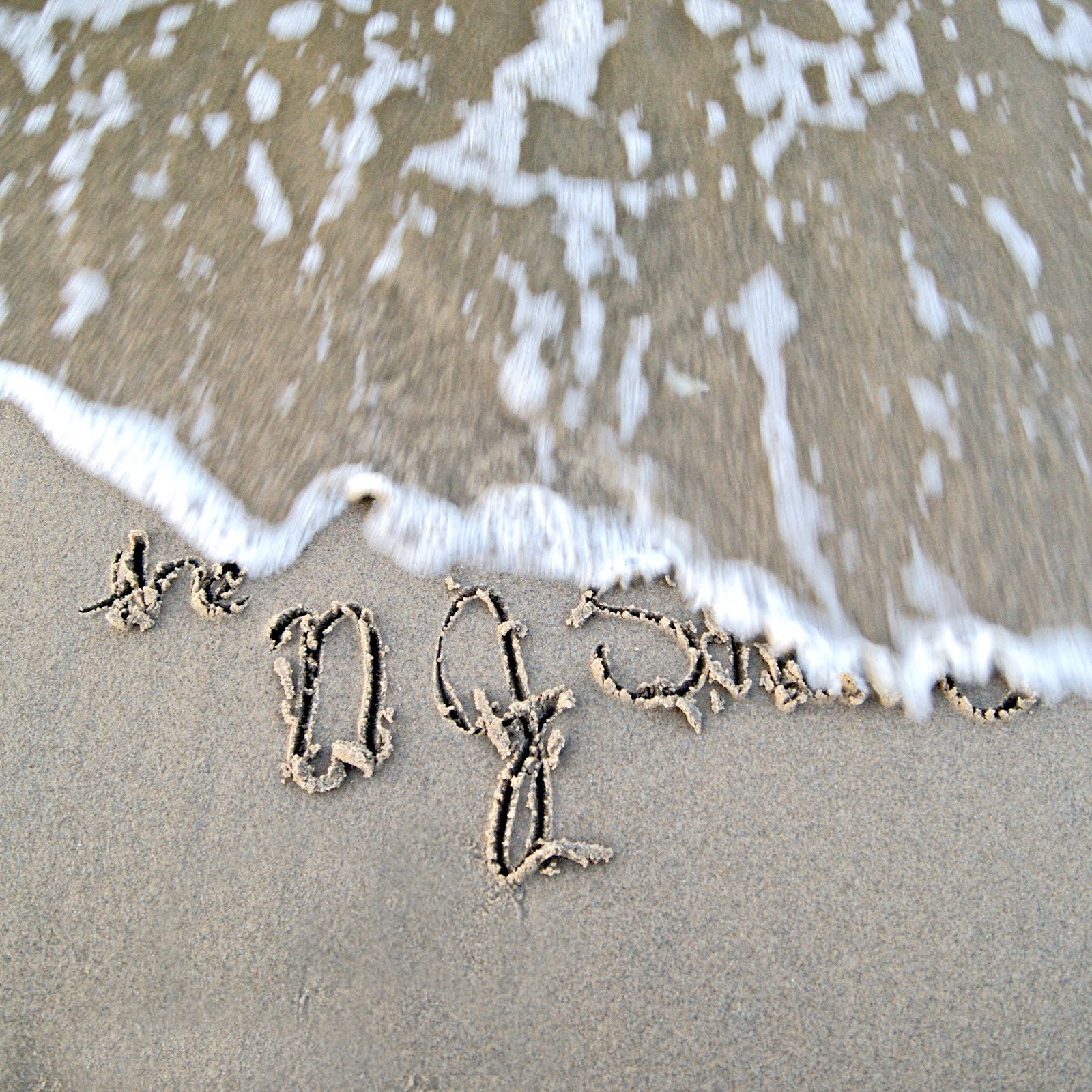 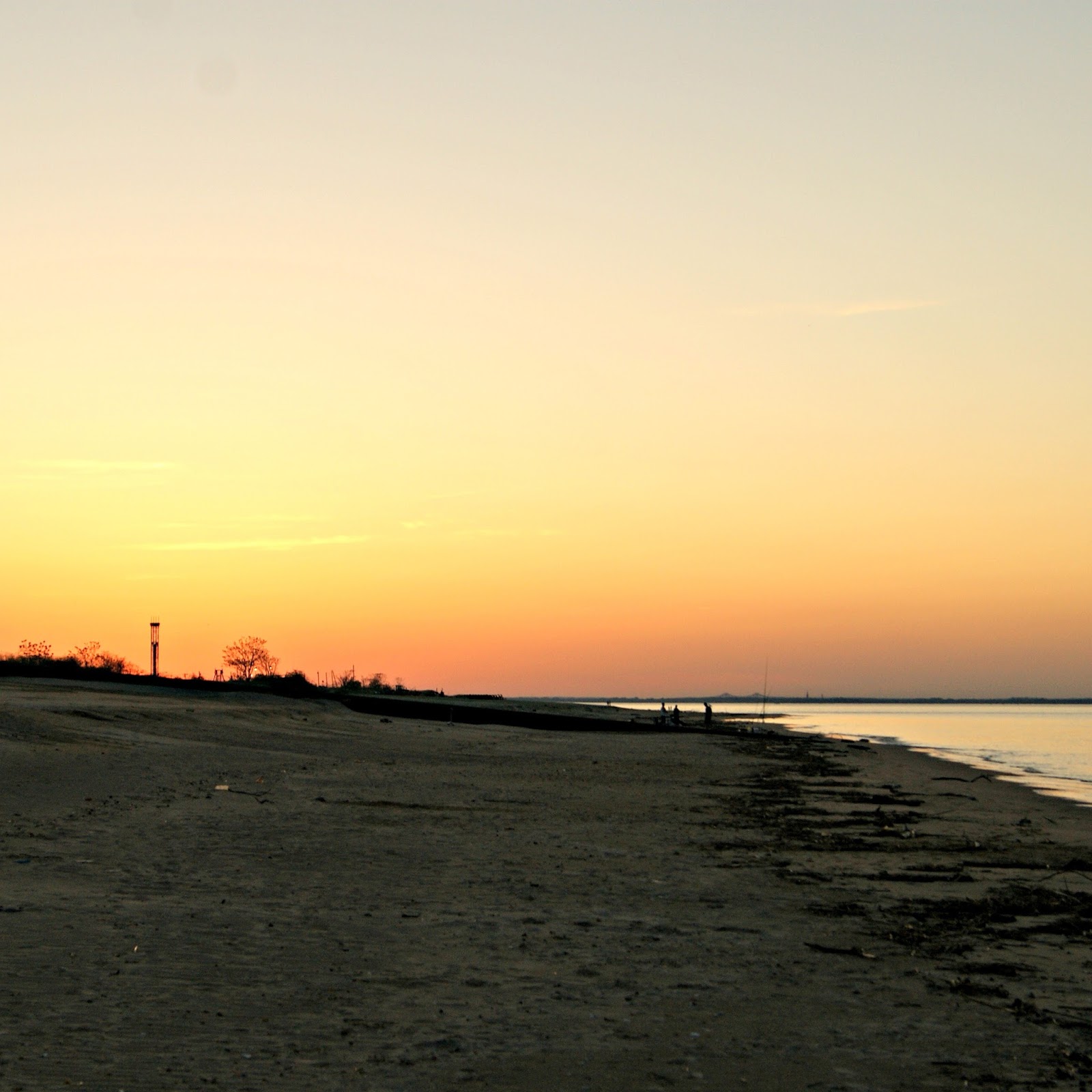 With the sun dipping below the horizon and leaving it's pumpkin orange aura behind we left the beach and headed home...the four of us.

ps. this song encapsulates the day so perfectly.

"Come with me, my love
to the sea
the sea of love.
I wanna tell you how much I love you...

Do you remember
when we met
thats the day
I knew you were my pet."

(yeah, that last line absolutely kills me and Aar.)

thanks to all of you.
xo, Jenny & Aaron
Labels: beach carlos jack