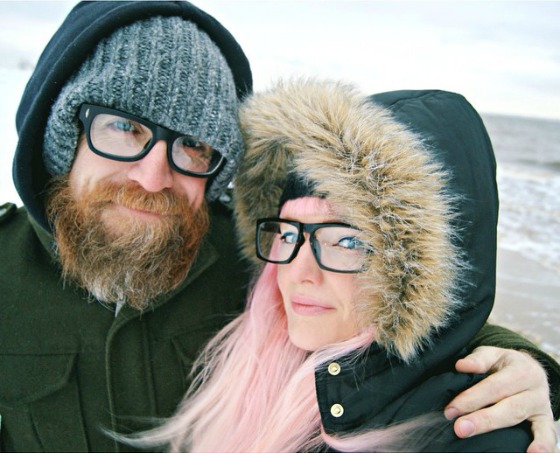 I know that I'm always talking about how crummy the cold weather is here in Jersey, so the fact that me and Aaron walked up to the beach today and touched the toes of our boots to the freezing cold breakers either makes me look like lunatic or masochist. I guess both are slightly true.
We had just walked a load of packages to the post office, where we also picked up some packages. So we walked back home, unloaded our boxes, and we were just about to plan dinner. But then I said "hey, you wanna walk up to the beach?" And Aar immediately said yes. 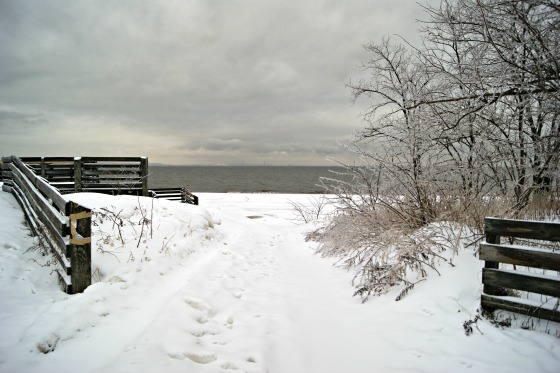 It was a chore getting there. There isn't one stretch of consistently shoveled sidewalk, so you're constantly having to step out into the street where cars are driving way too fast on the icy, slushy roads. 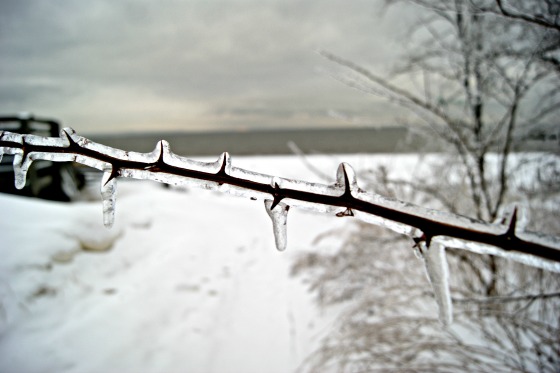 But when we got up there it was so worth it. All of the trees and bushes were encased in ice. The pics really don't do it justice. It was magical and barren, and the lighting was sorta eerie. Earlier in the day it was snowing, so the sky was still overcast. We were up there right before sunset but like I said, it was overcast, so instead of a sunset there was just a warmer glow to the grey sky in the west. 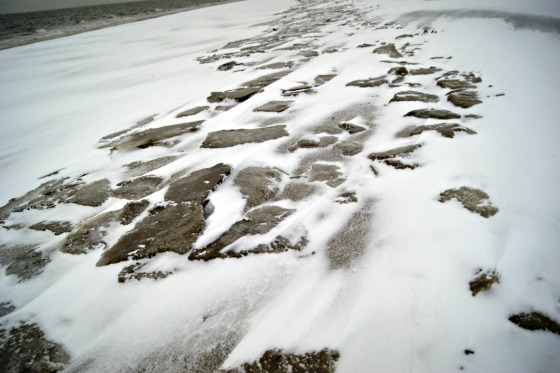 We had quite a bit of snowfall over the past week but the snow didn't really accumulate on the beach. It looks like the wind whisked most of it away. Oh boy it was windy up there! 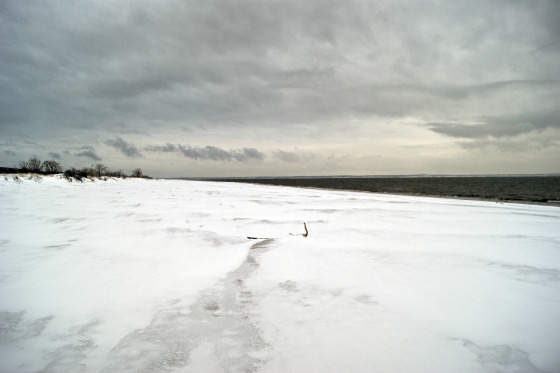 Our view across the bay is of Staten Island, some of lower Manhattan, the Verrazano Bridge, a little bit of Brooklyn, and Coney Island. In the pics the horizon looks a million miles off, but in person we can make out the shapes of houses in Staten Island. The visibility was excellent today. 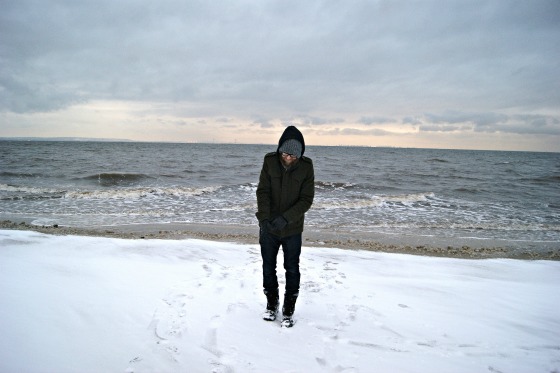 The water was super choppy and sand colored from the bottom getting churned up. We saw a boat out there, because ya know, fishermen are crazy like that. 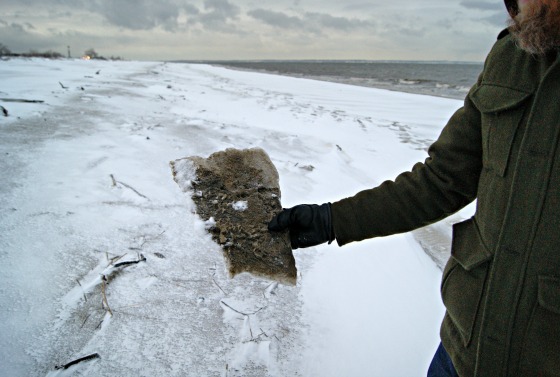 So yeah, the whole top layer of the sand is frozen. When you walk on it it cracks into pieces like this. 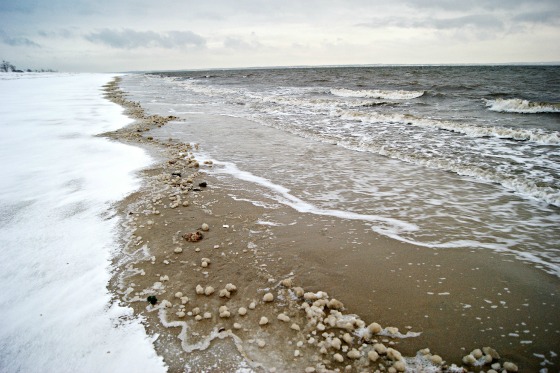 And check out these slush balls that the waves make! 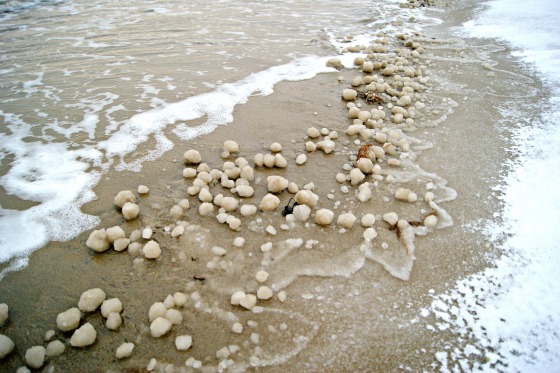 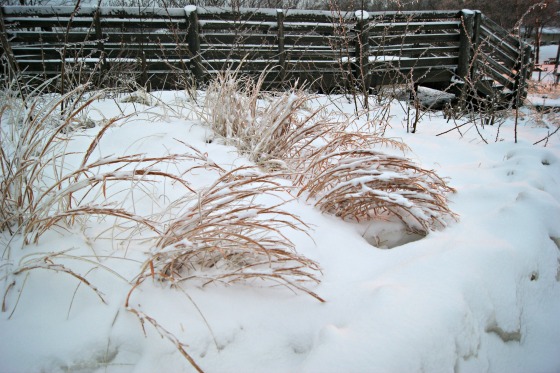 All of the dune grass was coated in ice. 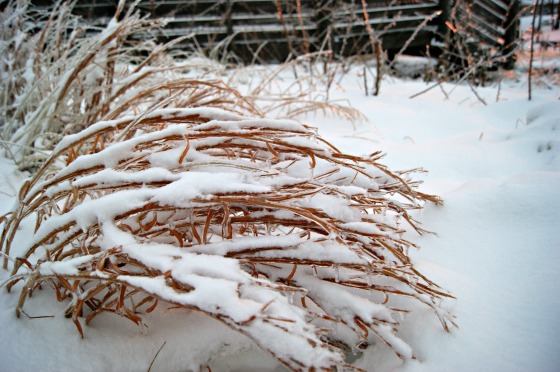 Just as we were leaving it was past sunset and the street lights had gone on. With light shining through it this ice coated dune grass looked like it was made of copper. In the background you can see some other branches glowing in the light.
Ok, so yes…we hate the cold. But this outing was one of those "if you can't beat 'em, join 'em" moments. And it was worth it. First off, when we arrived back home our house felt kinda warm for about an hour. Of course this was merely a mind trick, because now we're totally freezing!
We're about to take our work upstairs where it's warmer, and work until quittin' time (whenever that is). And then since we forgot that yesterday was Sunday, we get to watch a couple of our current favorite shows tonight instead…Girls of course, and Togetherness, which is the great new show from the Duplass brothers.
Ok, that's it for now. Maybe I blogged this just so that I could provide a visual example of how cold it is here. ha!
Hope you're staying warm!
xo, Jenny…and Aaron says hi!