Dear Boardwalk Snow, you're pretty to look at, but we'll be happy to see you go. Love, The Jersey Shore 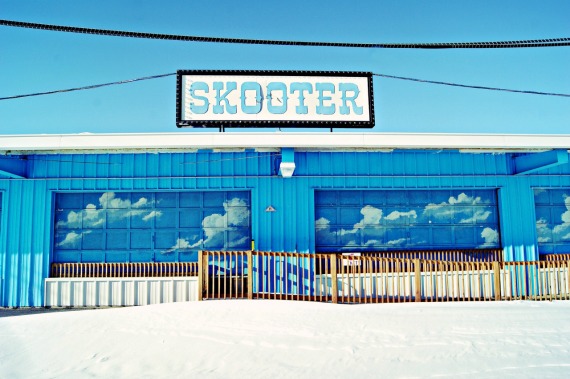 I know, I know…for a girl that says she HATES the cold, and a guy who dreams of living in San Diego, we sure seem to play in the snow a whole lot. Over the past few weeks it seems like we have spent a lot of time up to our knees in snow, on the coldest days, and in foolhardy locations such as the icy beach. There we are trudging through snow drifts and slipping on ice, always with a camera in hand. And as I said before…it's not as if we actually like being outdoors in these conditions…we just figure if you can't beat 'em, join 'em. We have been locked away in the house with the heat pumping (to insufficient result) for months, and our daily walks to the post office to ship out packages act as a sort of short term cure for our cabin fever. These small doses of the season at hand are good for the soul.

Today happened to be sunny and almost all of the snow has melted. During this period what happens here on the shore is flooding. Lots of clogged catch basins and interminably soggy lawns. But heralding signs of Spring are upon us. We're waking up to birds we haven't heard in months.
So I want to share these pics from a few days ago as a sort of farewell to the Winter. Hopefully these will be the last snowy pics you will see this season!

Again, this little excursion occurred after we had shipped a bunch of boxes at the post office. It was super sunny and bright, but still very cold. As per usual, we had our camera and figured we'd walk up to the beach and boardwalk to capture a uniquely Jersey Shore experience on film. I love that the above pic of Scooters, which is the bumper cars, can appear to be white sand or snow, depending on how you look at it. 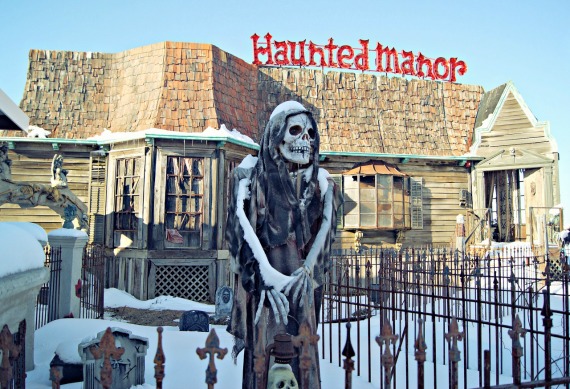 The "Haunted Manor" is even more creepy all covered in snow. We were hoping for more icicles though. 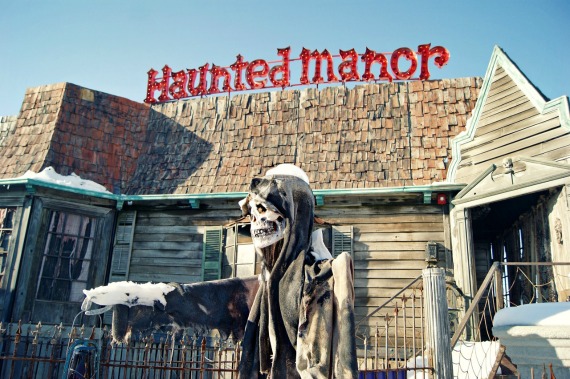 To be honest, as I was taking this shot I was thinking about how I'm a grown woman sneaking up onto the closed boardwalk for pics. I mean, it's not like anyone would truly care that we were up there. But let's say there was some wayward overzealous security guard that I had to run from in my Napoleon Dynamite moon boots…I could only picture myself falling face first in Aaron's tracks. 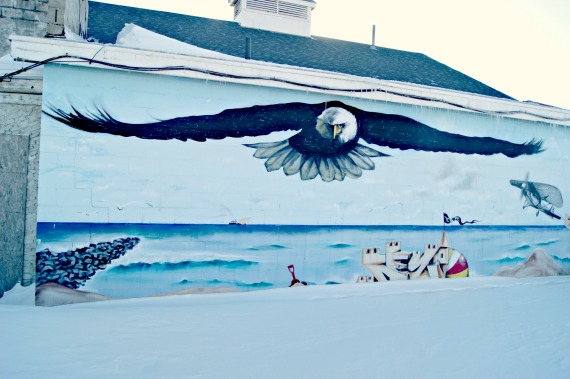 A typical Jersey Shore boardwalk mural, in that the sandcastle looks like its constructed of graffiti style letters that either spell out "Jersey" or "Sexy"…words that are somehow interchangeable in Jersey. It's hard to explain, but if you know what I mean…then you know what I mean. 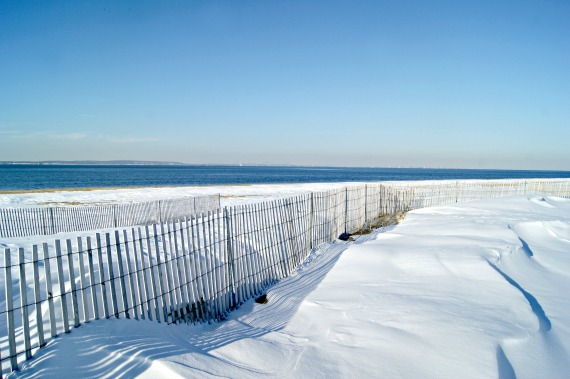 It was so clear up on the beach. Such a great view of New York from here…which never shows in photographs. This was further down the beach than our usual spot. I believe the fencing was put in to help protect the newly formed dunes that were installed after Hurricane Sandy. 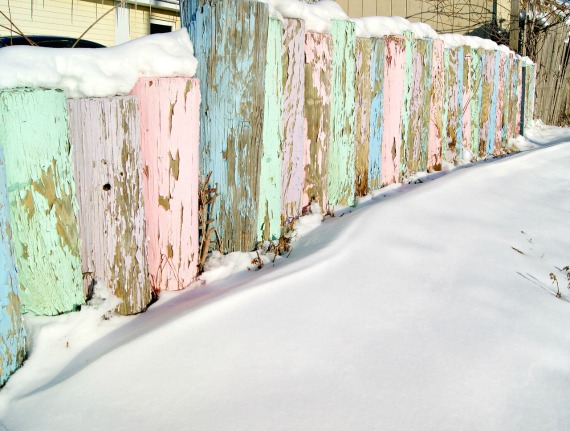 We had to stop to take a pic of these candy colored chippy pillars. So perfect!

Most boardwalks up and down the Jersey Shore open up for the year on Easter Sunday. We are hoping for some great weather this Easter (which rarely happens). I can almost smell the cotton candy and boardwalk fries!

Hope you are seeing some signs of Spring wherever you are!
Thanks bunches for popping in!