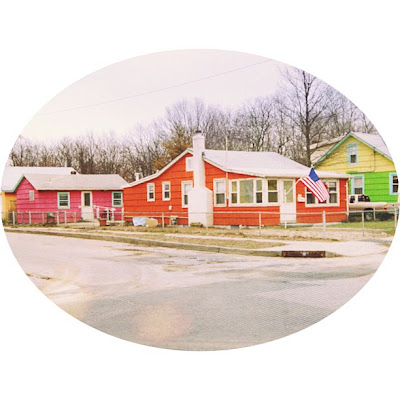 We've been hard at work on a production line of hand painted signs all morning. Aaron's dad was here again lending his expertise in home repair to our ailing studio. Later in the afternoon me and Aaron decided to take advantage of some rare sunshine with a little walk around town. We've been wanting to check in on some houses that we had seen in the days immediately following Hurricane Sandy. Many neighborhoods in our town were devastated but very close by to us there is a street that runs right along the beach and there was a cluster of homes that really took the brunt of the tidal surge. We were curious as to what sort of progress had been made. So in our reconnaissance we found that some homes were on the mend, like the adorably bright bungalows you see in the pic above...they are mere steps from the beach but they are flying their flags and Christmas wreaths adorn the front doors. And on the less hopeful side most homes bear a big red sticker that states that they are uninhabitable. The 5 foot high water line still remains on most of these homes and we can only guess that they are destined to be torn down altogether. 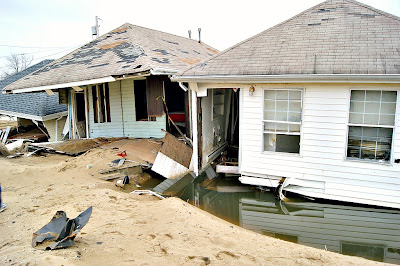 Like these ones which we snapped some pics of right after the storm. Well today we returned and we were shocked to find them still standing. There is a row of about seven of them and they are all pretty much floating on top of moats of displaced bay water. 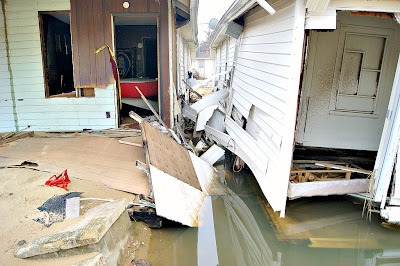 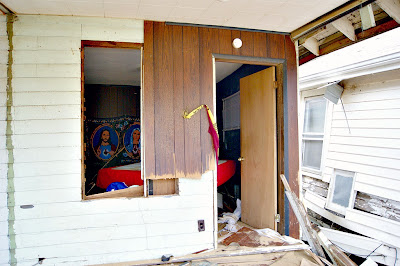 We peeked inside and it's so bizarre to see everything still there, as if the storm happened yesterday. It's so apparent that the residents had to escape at the very last minute. 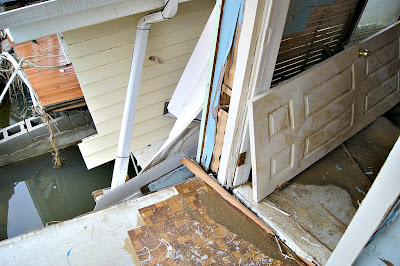 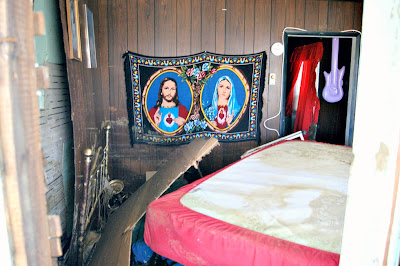 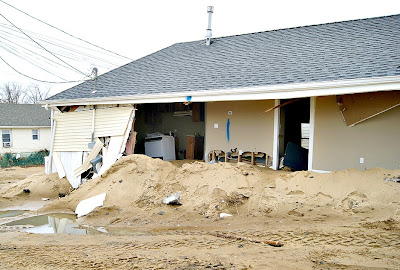 Seeing food items sitting on the counter top and yet the walls are completely ripped off. There's something so eery about it. And it brings back bad memories of the extended blackout that followed the storm. 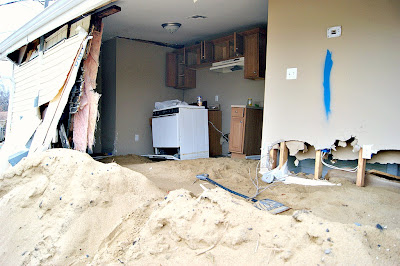 So you might be thinking...where are all these people who have lost their homes? One answer is: in hotel rooms. Yes...think about it...the storm was prior to Halloween...and since then people have been living in hotel rooms. Some nearby...some very far away. And pretty soon their hotel privileges will come to a close...within the week in fact. Maybe most people have found new places to live...but who knows? And it being the dead of winter makes it all the more unnerving. We really hope to see some major renewal come springtime.

And once again...I want to thank all of you who contributed to our Sandy recovery. You are unbelievable! Me and Aaron are lucky to have you and we know that we're lucky in general...our home could've looked like any one of these if the surge shifted a bit.

Ok, back to work...gotta do what we're best at...making pretty things. That'll have to be enough for now.
xo, Jenny