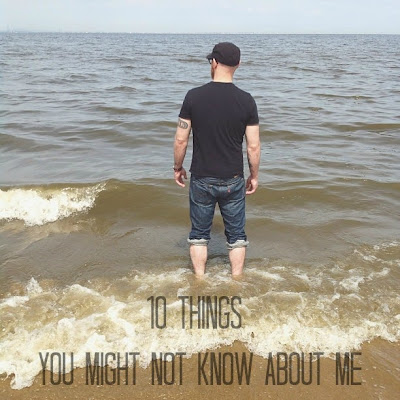 Jenny tagged me...challenging me to do this post: 10 Things You Might Not Know About Me. Usually I'd ignore such a request because I believe that readers of Everyday is a Holiday have much better things to be concerned with. The title should read 10 Things You Might Not Know Nor Did You Really Care to Know About Me. But Jenny urged me to take the time to share a bit about myself...people might care...people might be entertained...enlightened...amused...bewildered. Ha! Anyway, here's the ten. Some things might be surprising...some are probably completely expected...some are mundane...some are 'so what?' I apologize for how lengthy this is but I feel like I'm not interesting enough to just list bare facts. My facts need to be bolstered by stories, explanations, excuses, apologies...
Enjoy. 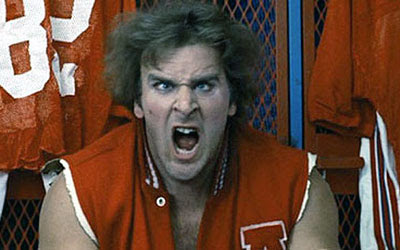 1. Most people in my current life would have trouble believing that I was a jock in high school. And they'd be justified in their disbelief. By my looks, vocation, demeanor, and tastes, I'm a very unlikely jock. I was captain of the football team and wrestling team and was very much apt to bark and growl and spend 3 hours a day in the weight room. This was 18 something years ago at this point and while the weight room habit has been an off and on thing since then, I have never really looked back or revisited sports in any way. I can bet that in these 18 years I haven't watched more than a couple quarters of a football game per year...and this would be at a super bowl party, which I'm attending for the snacks and the friends. It's not that I DISlike sports now...it's just that I don't LIKE them. I don't seek them out ever. There are better things to think about or be entertained by I guess. I've got cupcakes to paint for pete's sake. 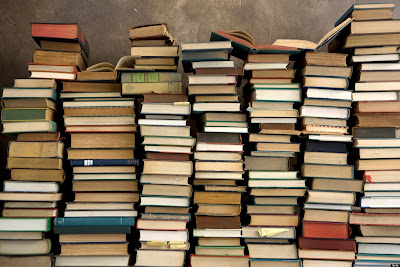 2. The only material things I desire are books. Maybe if there was more dough in the coffers I'd begin to like other things. But for now and for the past long while my only desire is books. Any time that we get a little extra cash I will ask Jenny if I can fill up an Amazon cart. The days leading up to delivery are happy and the following weeks spent with my new books are happy. It's simple. 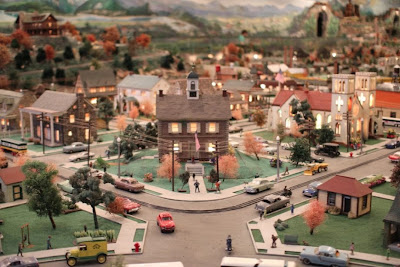 3. I currently live in the same 1 square mile town that I was born and raised in. Granted, I moved away from here for a great many years...but now I'm back. Does it feel weird? yes. Has it changed a lot? yes and no. Is this where I will stay for the long haul? no. Am I content with living here right now? yeah. It's great that my parent's house is within walking distance. And since I pretty much leave the house only once a week to get some groceries, it may as well be a lunar landscape outside my door. 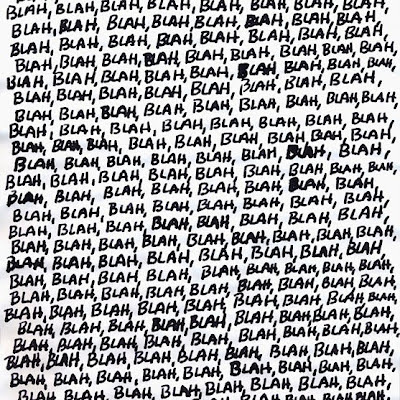 4.  I do not know the words to my favorite songs. And I mean my All Time favorite songs...not like this week's favorites. No, the songs that I absolutely live for are peppered with phonetic utterances that just might be actual words...but I'd never know. For instance, in Sympathy for the Devil...there's a part that maybe goes something like: "I lay traps for troubadours who gaykeel beefo they each wahwey."  I don't know what it really is and I don't care. Don't get me wrong...I still live for that song and always have. And it's weird because I was the singer in a band for like a dozen years. I wrote lyrics...you'd think I'd care what they are. Also, I'm a big reader...big into words. But when it comes to rock I tend to selectively hear snippets of meaningful lyrics...and those snippets will mean the world to me. I'm just not a word-for-word guy...I'm a gimme the gist type o' listener. But I'm not a casual fan by any means...no, like I said, I LIVE for these songs...whatever it is they might be trying to say. 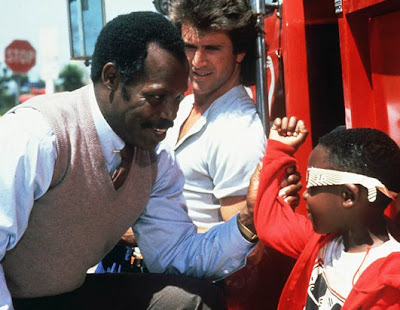 5. Here's the thing...I've seen buckets of art house cinema. I'm versed in Truffaut, Kurosawa, Kazan...all that. And I live for that stuff. But...I've got two movies that I can watch anytime, anywhere, anyhow, and I will be fully immersed, stimulated, entertained, inspired, artistically medicated, and whatever else. These two personal masterpieces are Lethal Weapon and Point Break. Sure, they are less than highbrow...but so am I. Wow...didn't really realize until just right now that the common denominator is Gary Busey. Seriously, I never added that part up. Bless me. 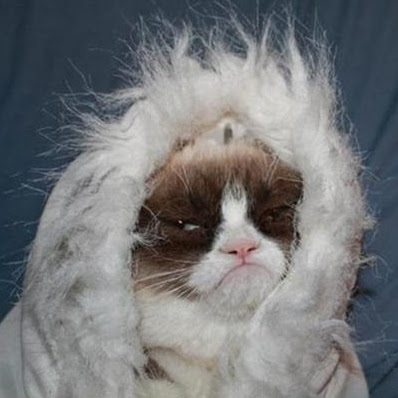 6. I hate the cold. And it's sorta a new thing. Well, one of the factors is that after a very near fatal car crash a decade ago I now have pain in the cold months due to having a bunch of hardware in my leg. But overall, I probably never liked the cold. I will say that I've recently become much more self aware. I've taken some time to identify the things that make me sad or happy deep down. Cold and winter in general make me sad. And I always thought I'd live in New Jersey forever. But as of late I'm contemplating a future in San Diego. Seriously, it's commonplace for me to sit online and scroll through daily temps in San Diego spanning back a year or so. I read those wonderful digits that have a year round average of 70 degrees and just dream of a positive, bright smiling face in the morning mirror. That should be their city motto...but then again, people might think of Bob Filner's creepy smiling face. nix that. 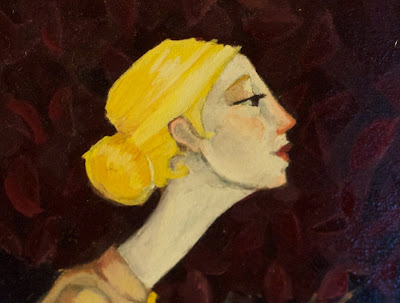 7. I met the girl that I have now been with for twenty years because I liked the look of her neck one day. There I was in my small town high school...Junior year...two new girls move to town. By the locals they are soon dubbed "Hip Hop 1" and "Hip Hop 2"...Jenny and her sister respectively. They are in my school for six months and I never really lay eyes on them. Which is out of the ordinary because it's a tiny school and people are always all up in other people's business. But I was mostly aloof by choice. I slept in every single class, or would ask to go to the bathroom and then I'd sneak down to the weight room to do a few sets...or skip class entirely so that I could sleep on the partially rolled out wrestling mat behind the stage curtain. Yes, I liked to sleep and do jock things, nothing else really. Anyway, one day I'm late to class and I see Hip Hop 1 on the stairwell. She's late too, so we are the only ones there. Anyway, she keeps her eyes looking anywhere but in my direction...I later learn that this is because she hated me...though what she really hated was the town and believed that I was the walking embodiment of the town...makes sense I guess. Anyway, she's walking past, rolling hers eyes to the heavens to let me know that I'm the last thing on her radar, and she's got her hair pulled up, and she's craning her head and eyeballs so far away from my lowly self that I can unabashedly stare at her as she walks past...and for some reason my eyes just focus on this long lean white neck. A couple days later I ask her out and fast forward twenty years...now we are the proud parents of two very neurotic chihuahuas. FYI...I do not now nor have I ever had "a thing" for necks. The whole thing was just random. 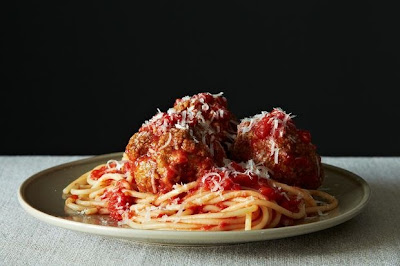 8. Ok, for most of my adult life if someone were to ask me what my favorite food is, without a breath I would respond "spaghetti and meatballs". This of course has prompted many an eye roll from Jenny. First, because she doesn't really believe me when I say it...and second...c'mon Spaghetti and Meatballs?! are you 7 years old?? I'll admit here that in my heart of hearts that it's probably not my favorite dish. But it holds some importance in my gourmandizing life. I feel like spaghetti and meatballs have been the food version of my American Embassy...like wherever I go...when the blacked out sedans are at my heels and I've got the briefcase full of top secret state documents...I can slide into the rescuing hands of a familiar plate of spaghetti and meatballs. This of course has been disproved by many bad dishes of Spaghetti & Meatballs...but still. And yeah, we have been using Rao's famous meatball recipe at home for like a dozen years...and it's wonderful. But to prove Jenny's rolling eyeballs correct...it is not my #1 dish. We've been cooking so much over the past year, and all of it is so drop dead awesome that I really can't say what my favorite is. Though I do always always want to go out for Indian on my birthday. 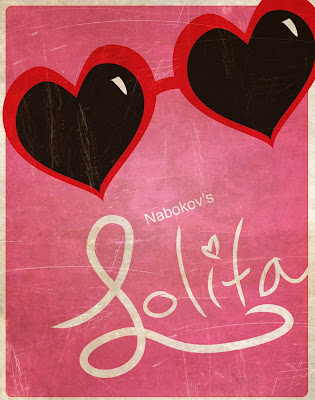 9. My all time favorite novel is Lolita. For the past dozen years I've probably cracked it back open at least once a month to read parts of it over and over again. 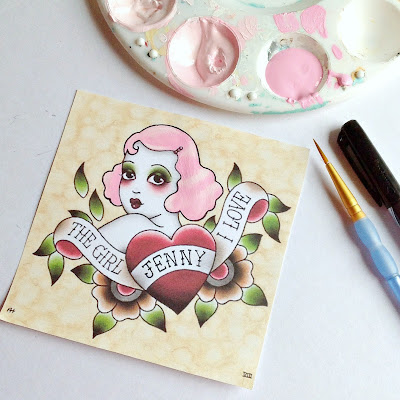 10. I have three tattoos of Jenny. So that's three times that I have tested the ole' adage that assures - once you get a tattoo of your girl, the relationship is doomed to fail. And I will test it yet again...the next tattoo that I get will be another Jenny. I'm not drawing this one. It's a design by the amazing Angelique Houtkamp that I'm appropriating to contain "Jenny" and pink hair. I always enjoy Jenny's reaction to the Jenny tattoos. When I showed her the latest sketch of the forthcoming Jenny tattoo (see above) she rolled her eyes and said "You're crazy...another one?"
Labels: 10 things about me aaron