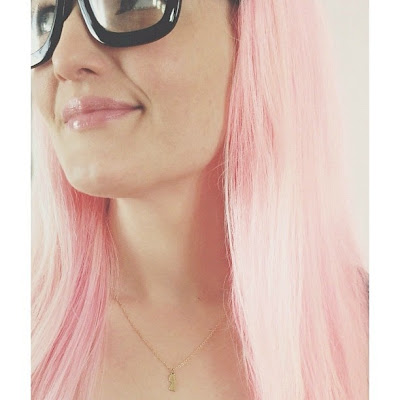 On Thursday a massive fire destroyed nearly the entire Seaside boardwalk. That day we came home from running errands and the television was already on since Carlos likes to watch it when we're not home. Well something on tv caught our eye...a very familiar place. For months after Hurricane Sandy we were regularly seeing aerial shots of the Seaside boardwalk. It's the location of that iconic photograph of the rollercoaster submerged in the ocean. In the aftermath of Sandy nearly the whole boardwalk had to be rebuilt. And the speedy progress of the massive construction project became the barometer and the symbol for New Jersey's resiliency. So every once in a while we'd tune in to the news and see the Seaside boardwalk...first the initial rebuild, and then happy footage of it being open for business mere months after total devastation. But this time these aerial shots were telling a different tale. Huge smoke was billowing from some buildings that were very familiar to us...mainly an ice cream stand that we frequented often. So we kept the tv on and were horrified to see that as the hours unfolded the fire was not diminishing in the least...only growing growing growing. We watched as flames swallowed up and entire swath of summertime memories, both past and future. Seaside is a regular haunt for us. One of our decompression spots. After long tense days we'd always find ourselves in the car and like a divining rod the nose of our car would point south and bring us to the boardwalk. It's a massive boardwalk that spans the length of the entire town of Seaside Heights and half of Seaside Park. For many people it is the definition of summertime in New Jersey. The crowds come from all over but I feel like Seaside mostly draws those from North Jersey and New York...hence, the cast of Jersey Shore. And like any resort spot, it draws a mixed bag of types. Of course you've got the fist pumpers with the Axe body spray and hair gel. But you've got everyone else as well...like I said, it's a regular haunt for Aaron and myself. 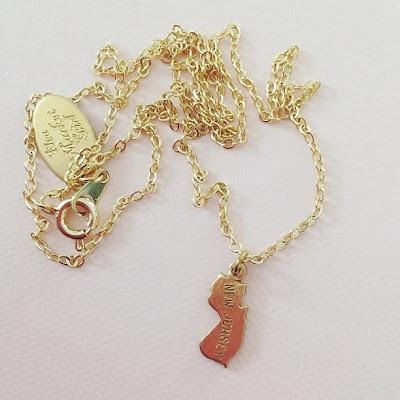 So on Friday morning I turned on the tv and there was the Seaside Boardwalk, still on every news channel, and still smoldering. More than half of the entire place...gone. And then I checked my mailbox and there was a small package in there for me. I had forgotten that I ordered this sweet tiny little necklace from Brickyard Buffalo. It couldn't have arrived at a better time. My little love charm for the place I love so much. The Jersey Shore and New Jersey in general are often seen in a very specific unflattering light. And I'm not gonna lie...99% of the stereotypes are true. What you see on the MTV's Jersey Shore is not fiction. What you see on Sopranos is by no means a stretch of reality. But I gotta take a stand on one cliche that is simply fantasy...it doesn't bother me on a personal level...I just think it's so lame because it's untrue and I have no idea where it comes from. Here it is..."New Joisey".
No one, in the history of the universe has ever actually pronounced it that way. Who is the lame-o that made up that mockery? It's completely baseless.
But other than that...all the crazy stuff you hear about Jersey...yep, probably true.
And I'm not going to make excuses and say..."but the New Jersey that I love is a different New Jersey." Because it isn't...well it is...but it also isn't. I love both sides of New Jersey. Of course there's so much more to it than the world of the Sopranos. We've got so many amazing historical places, farms, countryside, forests, beaches, old lighthouses, and so much birth-of-the-nation stuff occurred right here. Because of the disparity of the place you get to pick and choose what your very own New Jersey looks and feels like. You take what you want. And that's what me and Aaron do.
As I watched the news, seeing the smoldering cinders of a place that is a summertime institution for so many people, it was just so sad to see. I'm holding my tiny little state charm and it represents perfectly how I feel about the place...it's relatively so very tiny and means so much to me. 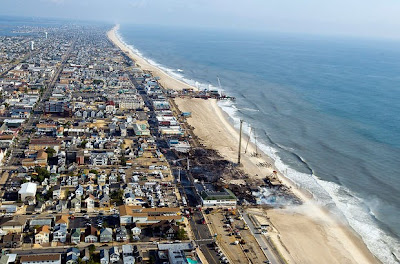 Here you can see the scope of the destruction, represented in black of course. 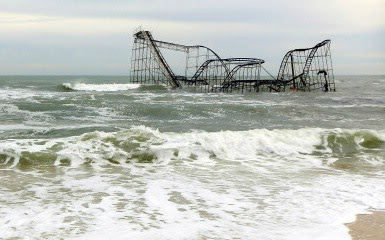 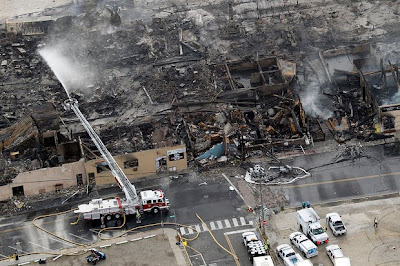 It burned for hours and hours. Over 400 firefighters were on the scene. They had used up all of the town's water reserves trying to douse the flames. To continue to battle the flames they actually had to stretch hoses across the entire town to draw water from the bay. 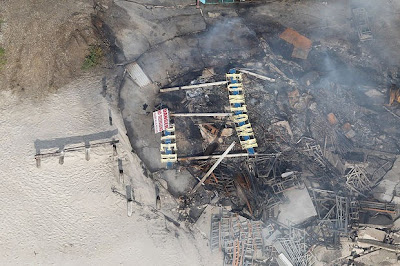 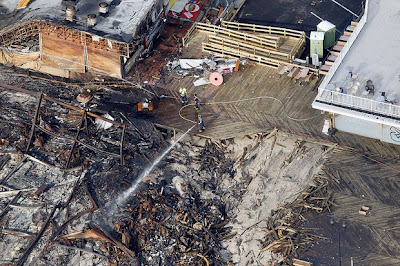 These boards were just rebuilt after Sandy. And these buildings, these businesses that have been there for 50 years, had miraculously survived the wrath of Sandy...they of course needed repairs...but they were still standing. Only to be burned to the ground months later. 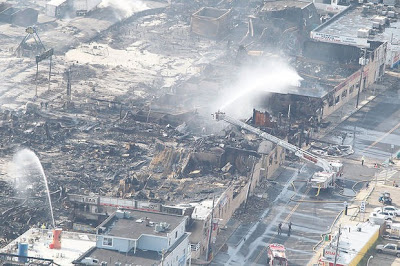 Wow, it's so hard to look at all of this. I know they will rebuild...but it's gonna be very tough for so many people.
Ok, sorry for the sad post, but I wanted to chronicle something that's very important to me and to many others. Thanks for reading. If anything positive can be gleaned from this it's maybe this...take advantage of the places you love...don't put off making memories. Go find the magic now and keep it with you forever.
Ok, til next time.
xoxo, Jenny & Aaron