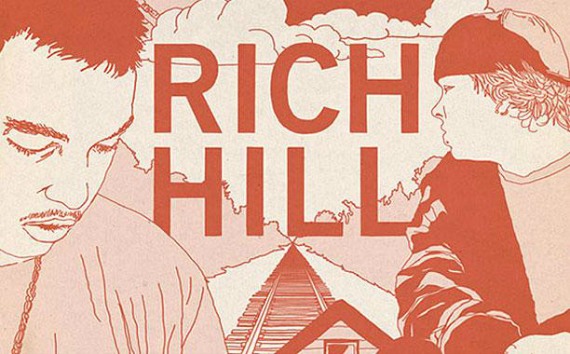 Rather than do a Friday Favorites today we wanted to share about a film that we watched last night and again today while we were working. To say we were highly affected by Rich Hill is an understatement. I mean, we're both easily moved to tears, but these were tears that the filmmakers fully earned.

Though I don't want to scare you off with a mention of tears this early in the review. Sure, Rich Hill is about serious stuff, but there is definitely a genuine uplift in the overall message if you allow yourself to pull back a bit and look at your own life and history, and the lives and histories of your friends, family, and neighbors. 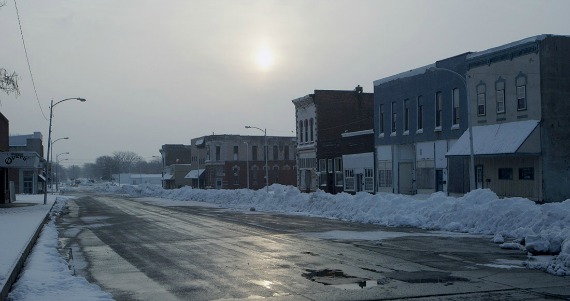 Rich Hill follows the lives of three young men from a very small impoverished town, Rich Hill, MO. Over the period of about a year we get to see them face their daily challenges growing up without solid father figures, and with mothers who are fairly young themselves, and spread way too thin.

When I say there is an uplifting spirit to the film, it mostly has to do with the attitude of the three boys. All three seem to be incapable of saying "poor me". Sure, they have some problems adjusting in school and in life in general. But wouldn't we all have these same problems if dealt a similar hand? 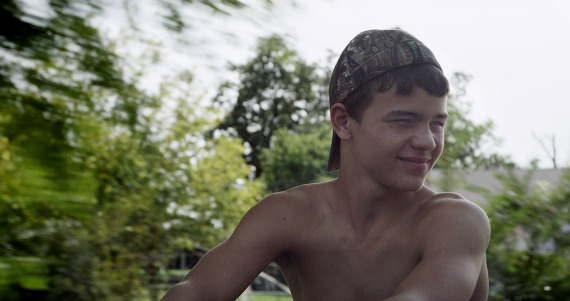 The film has a magical way of pulling in close to the subjects and their stories, and then quickly moving back to reveal the "more normal/less stressful/everyday" world that is still out there beyond the margins of these struggles. And for that we give major credit to the musical score and the cinematography, which are fused together perfectly. Within the same few seconds we're shown the stark contrasts in life, but the director isn't heavy handed. Andrew (the character that truly stole my heart) is dealing with yet another financial hardship and another jarring move to a new home, new town, and new school. And right on cue the film cuts to the 4th of July fireworks at the center of town, where hardworking folks are able to unwind, and where some can even bid upwards of $3000 in a cream pie auction. But we're not meant to feel bad or guilty about this. The auction and the fireworks almost serve as "local color". We even see the boys sitting among this same crowd of fireworks spectators.

The message of the film isn't that these poor boys need help. It's simply that you should love and respect your neighbor because you have no idea of the hardships that they might be currently facing. Sure, most of us have that response built-in to our DNA already. But maybe we still need a little reminder. Be kinder, be gentler, and know that most people are trying their hardest, even if it doesn't exactly look like it on the surface. 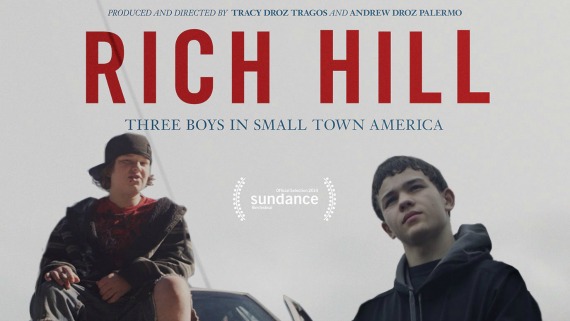 We seriously can't recommend this film more. It was great. Right after watching we checked out the official website to read updates on the boys…which by the way…at the very end of the film, right before the credits, there are a few sentences telling us approximately where these boys ended up after filming came to a close. Don't miss those updates!

Rich Hill is available to stream on Netflix now.

Ok, that's all for now. Me and Aaron watch a lot of movies and a lot of shows, and often have a lot to say about them. So hopefully we'll get to share a lot more reviews like this in posts to come. Thanks so much again for reading.