The past year has been a blur, and here's why... 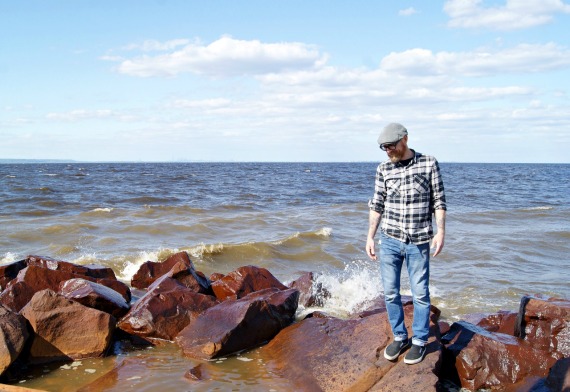 Hey guys, it's Aaron…the less-pink half of Everyday is a Holiday. I suggested to Jenny that I should write this first post back from our unscheduled blogging hiatus because…actually, I’m not sure exactly why…but it just felt like the right thing to do.

On Friday, April 24th my mom passed away. She had been diagnosed with late stage cancer a couple of years prior and pretty much from the moment of that diagnosis her days and weeks became inundated with doctors, nurses, hospitals, shots, medication, treatments, trials, experiments, and anything else she could bravely and selflessly endure for the sole purpose of possibly spending a bit more time on this planet with us, her family and loved ones.
Because that’s the type of girl my mom was.  I say “girl” because she remained a girl for life. She giggled and smirked like a girl. Had fantastic wit and wisdom that she managed to balance with incredible innocence and silly naiveté, just like a girl, the best kind of girl. My dad called her his “girl”.
But I don’t want to really talk about the past two years. As many of you know…those of you who have gone through this…who have suffered through cancer…the worst thing you can do is to remember the sick version of your loved one. It’s an insult to them. Sure, my mom showed extreme strength, bravery, and positivity during her time with cancer. But if you knew my mom, that was to be expected. Also if you knew my mom, then you’d know that she wouldn’t want you to think about the sick version of her. She wouldn’t want to bother you with that. She’d feel like it would be bad manners to burden you with her illness. She hated to rain on anyone’s parade. She never wanted to be a gray cloud. She was sunshine personified in her real life.
But as much as I can’t make this post all about my mom’s illness, I also simply cannot begin to imagine how I’d ever find enough time to write a fitting tribute for her. It would take years and hundreds of blog posts to even get close to capturing her importance, her impact on my life…and on Jenny’s life.

I’d love to share an anecdote or two about her, but I don’t think I can. I don’t think I’m ready. And again, I wouldn’t know how to even stop typing once I got started. So let me kinda change the subject.

This is only a blog post. In the grand scheme of things it doesn’t and shouldn’t hold too much importance. But I’m writing this post because there is something that holds great importance to me…and of course, to Jenny. It’s you guys. You guys who read this blog. Some of you maybe showed up today for the very first time, and some have been reading since 2006. All of you are just as important. Jenny started this blog probably in a moment of great anxiety. It was back in the years just after my car crash. We were slowly and tentatively rebuilding our life. I think she put up her first post on a day when I was in NYC and she was home alone and hoping to reach out to a small slice of the internet world. She may have even typed something like: “testing- testing, 1-2-3…is this even working?” ha! Honestly, she had no idea. I think we were dial-up back then!

Anyway, this blog has always been there for us. We’ve never been the best, most consistent bloggers, but at least we kept it going. And believe me, there were some harrowing times. But Jenny always managed to get something up here…and share some tiny sliver of our existence.

So I wanted to write this post to pretty much apologize for disappearing for a little while. The previous post is dated April 21st  (just three days prior to my mom’s passing ), and it’s titled “Our First Saturday Night of the Season”. And it’s full of positive energy, and memories of childhood and past summers at the boardwalk and the Jersey Shore. Fun, lights, rides, pizza, fried Oreos. It captures such a seemingly carefree night out. But of course it wasn’t.
Carefree nights out weren’t a reality for us for the past year or so. There was always deep concern, distraction, and our hearts were so very heavy. My mom was so central to our lives and every thought or feeling in the day seemed like it led right back to mom. All day every day I experienced those “let me catch my breath” moments. Literally or mentally I would have to stop and gasp for air. Something so serious was happening in our life and there was nothing I could do to stop it.

So we carried on. We worked, we cooked, we baked. We tried to stay connected to friends. We tried to keep ourselves in the present tense. We tried to maintain a “business as usual” existence.
But of course it wasn’t business as usual, and of course we couldn’t even come close to living up to that notion. We were shadow versions of ourselves. Even great things like seeing a story about us featured on the Yahoo homepage was bittersweet. There we were, sandwiched between the big headlines of the day, and it was the last thing on our minds.
So much of the past year is a blur because we were nearly putting our hands over our eyes and plugging up our ears all the way through. We had probably one of the busiest holiday seasons ever…nonstop work…insane amounts of ornaments to make…my fingers were wearing down to the bone from all of the cutting, sanding, gluing, cutting, sanding, gluing. But I can barely recall those months. Those weren’t great months. That was a very rough winter. It was the beginning of the end. In fact the only reason it wasn’t the actual end is because my mom wouldn’t dare to have her funeral on an icy snowy nightmare day in Jersey. She waited until it could be held on a day that was 72 degrees and sunny. And that’s exactly what it was. 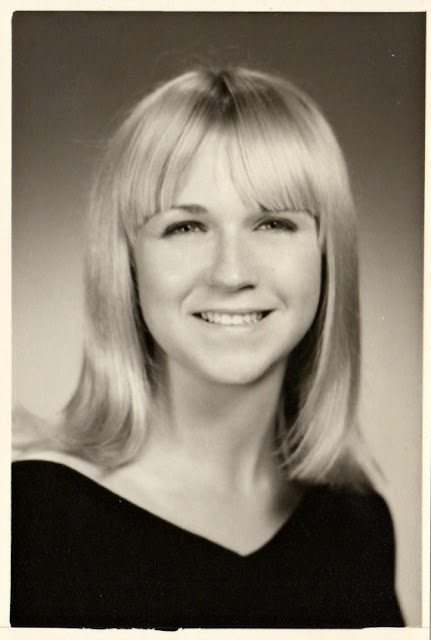 So now it’s a little over a month since that day and we’re finally beginning to poke our heads out into the light. It would be so wrong to mourn forever. You have to focus on making better choices. You have to choose to feel ok. Feeling down and blue never did anybody any good.

Anyway, at this point I think I said all that I can say about that. I mostly wanted to get this out there in words to let you all know where we’ve been and why. And also to let you know where we’re heading. We hope it’ll be someplace great. I wouldn’t want to disappoint Barb. Oh yeah, that’s my mom, Barb. That’s what we called her. When we were very young my older brother began calling her by her first name and it stuck. And all my friends used her first name too. But it was usually said in combination with my dad’s name, Skip. It was always: “Barb & Skip”
As in “hey Aar, I just ran into Barb & Skip.” 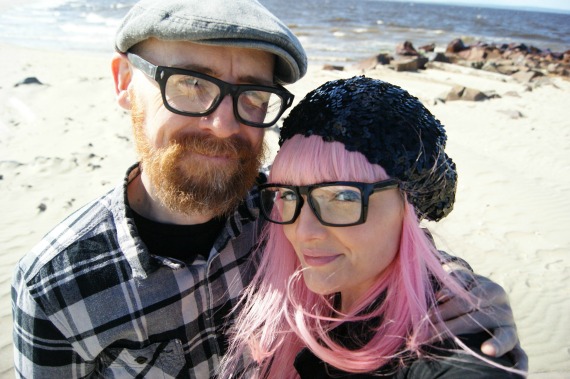 So ok, I’ll finish this in the best way I know how…With a very big THANK YOU to all of you guys who have always been here for me, and for Jenny. Even those random silly little interactions on Facebook definitely distracted me from some very sad moments.

And oh yeah, up above when I said that we’re hopefully heading someplace great…I just may have meant it literally and in the immediate present tense. After I post this we’re gonna walk up to the boardwalk, and I think there’s a bag of deep fried Oreos with my name on it.